In the early twentieth century, the Pacific Hebrew Orphan Asylum at Divisadero and Hayes Streets had over 200 residents, and the aging building was not keeping up with the growing demands on the facility. Also, philosophies on the education and the institutional care of children in need had changed to what was called the “family” or “cottage” plan. 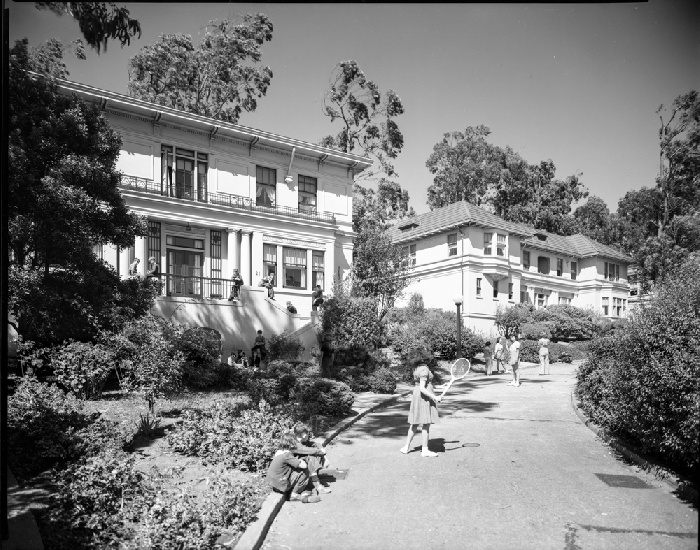 Kids playing in front of Cottage 21 in Homewood Terrace in 1941 (wnp14.10359, negative courtesy of a private collector)

This new idea from the East Coast did away with the large dormitory building that conjured workhouses from “Oliver Twist,” and replaced them with cottages that mimicked family homes. Each cottage housed a small group of children supervised by a “house mother.” Ideally, the cottages would be situated in country settings. As one writer explained, “a boy or girl must be indeed incorrigible who cannot find rest and sweetness in the call of a robin or savor of the new cut grass…”

The word “orphan” had become stigmatized, with connotations of destitution and unworthiness. It was also an inaccurate description of many of the children in the care of orphanages. Alongside children with deceased parents lived dependents of the state whose parents were unable or unwilling to care for them. There were also children requiring only a temporary supportive home in a time of family crisis or transition. So with the new facility came a new name: Homewood Terrace. 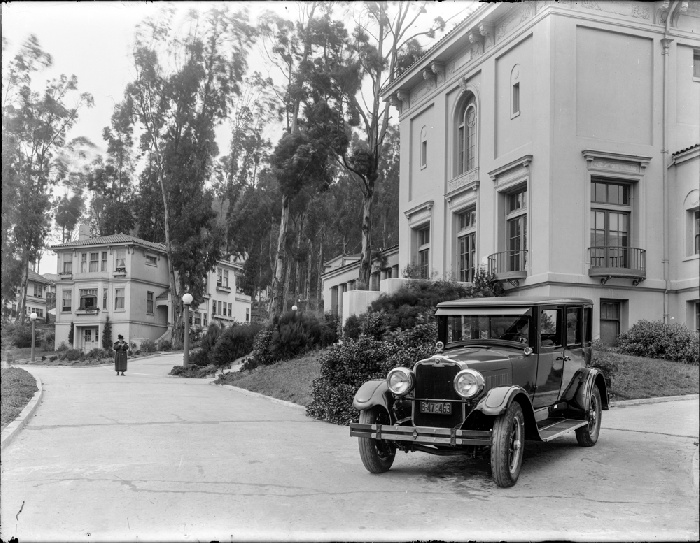 Homewood Terrace opened in 1921. A half-circle driveway led up from Ocean Avenue to what would become a campus of seventeen buildings on a tree-covered slope: nine residential cottages, an administration building, a gymnasium, a synagogue, a machinery shop, two superintendent residences, a small hospital, and a laundry.


Each cottage housed twenty children—ten boys and ten girls ranging from toddlers to high school seniors—under the leadership of the cottage mother. In each cottage was a kitchen and small library. Each resident had his or her own locker, closet, and separate drawer space. The residents became part of the Ingleside neighborhood, attending nearby Farragut Elementary School, and later, Aptos Middle School. By 1926, over 320 different children had passed through the cottage life on Ocean Avenue. In the 1930s and 1940s, Homewood Terrace took in many children escaping from the Holocaust in Germany. Meanwhile, the forest around the campus disappeared under the carpet of new homes built for Mount Davidson Manor, Westwood Highlands, and Monterey Heights.

By the 1960s, the standards for residential care for children had changed again. In some ways the cottage model had proved a stepping stone to a more progressive foster home system. Instead of just simulating home and family life, boys and girls now lived it. In 1965, the last residents of Homewood Terrace were relocated to seven “real” houses in the Richmond District, and the organization was folded into today’s Jewish Family and Children’s Services agency.

The site became overgrown and its buildings decrepit in the years following the closing of Homewood Terrace. Various developers created schemes for nineteen-story towers and 300-unit apartment complexes. By the late 1970s, neighbors had become antsy for anything. Finally, the mixed-use Dorado Terrace development, a layer cake of stucco walls, utilitarian balconies, and retail storefronts, was constructed in 1981.

More information, images, and memories of Homewood Terrace are at outsidelands.org