Researching a local found in an OpenSFHistory image.

As we research the places and faces found in our OpenSFHistory archives, we get to meet the people who built San Francisco. Sometimes we’re unable to push past the anonymity of unidentified images, but sometimes we hit the jackpot. After connecting a series of nitrate negatives with similar format and content, we realized they documented the construction of a home on Masonic Avenue; after researching that home, we discovered it was built by a prominent local family whose matriarch had a way with words. 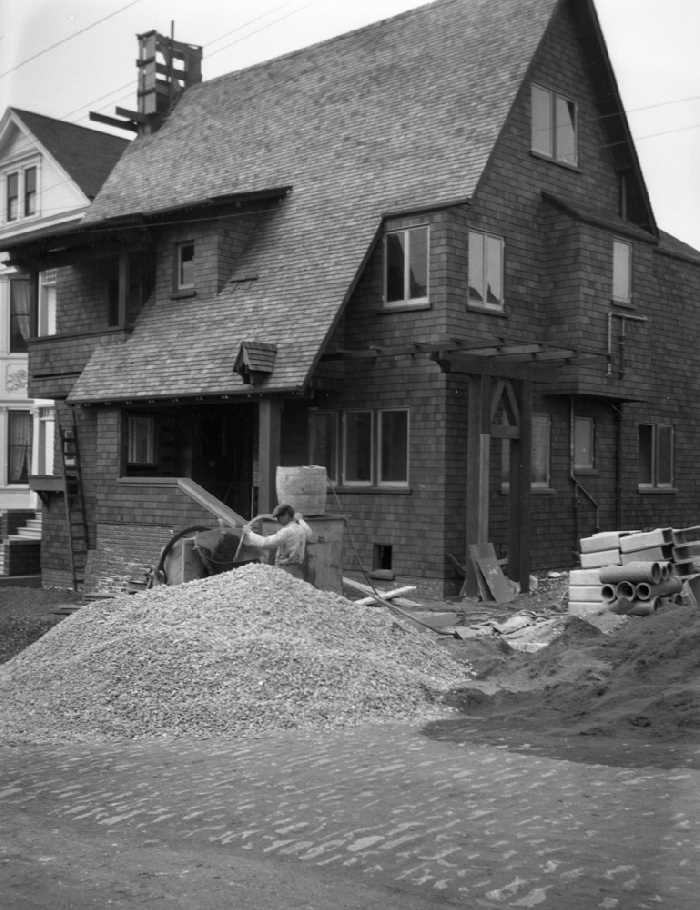 The shingled house at 1526 Masonic Avenue is known as the E. B. Power house. Erastus Barnum (E. B.) Power was born on November 22, 1869, to Elizabeth Julia (Kent) and Francis Power in Nevada City, California. He was named for his great-grandfather, Erastus Wolcott Barnum, who had the good sense to marry into a family that traced its lineage through the Revolutionary War in New York and back to the Plymouth Colony in Massachusetts.

E. B. Power was admitted to the bar by the Supreme Court of California in July of 1891, and on December 19, 1895, he married Minerva Lester in San Francisco. Minerva’s family had arrived in Nevada City in 1849. Her grandfather, Zeno Philosopher Davis, left his pregnant wife Sarah in Michigan and headed west in March of that year. After giving birth to a daughter, Cleora Adelaide “Addie” Davis, Sarah followed her husband cross-country with a three-week-old newborn in tow and arrived in Nevada City in October of 1850. The women of the Davis-Lester family most certainly came from hearty stock.

Two years after they were married, E. B. and Minerva had a son, Lester Barnum Power, on November 30, 1897 in Oakland, California. E. B. then went to work as District Attorney of Nevada City in 1899, a position he held until 1901. Shortly thereafter he was appointed as Assistant Attorney-General of the State of California and the Powers settled into a flat in the heart of downtown San Francisco.

In early 1906, Minerva wrote an article about her lovely home for The House Beautiful magazine titled An Attractive Dining-Room in a City Flat. In it, she refers to herself in the third person to describe California Redwood throughout, hand-forged built-ins, “unusual furnishings” such as an oriental rug, and a craftsman dining table like ones seen in the California building at the St. Louis Fair. By the time the article made it to print in September, however, her dining room was gone. 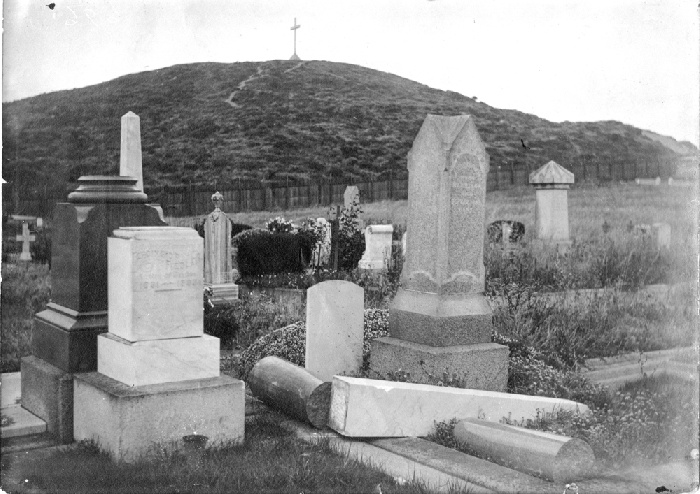 When the 1906 earthquake and fire burned their city center flat to the ground, the Power family took refuge in the Masonic Cemetery before (by some accounts) moving to a plot of land away from the fray on the edge of present-day Cole Valley and Haight Ashbury. They must have fallen for the quiet and the views because they decided to build a family home there, at 1526 Masonic Avenue. E. B. hired an up-and-coming architect by the name of Bernard Maybeck to build a modest house befitting a prominent attorney.

Maybeck would achieve international fame as the architect of the Panama-Pacific International Exposition’s Palace of Fine Arts in 1915, but prior to that he was known primarily for his work in the East Bay. The home he designed at 1526 Masonic showcased some of his signature touches, and had a sizable backyard—complete with its own well—so the family could enjoy the view. 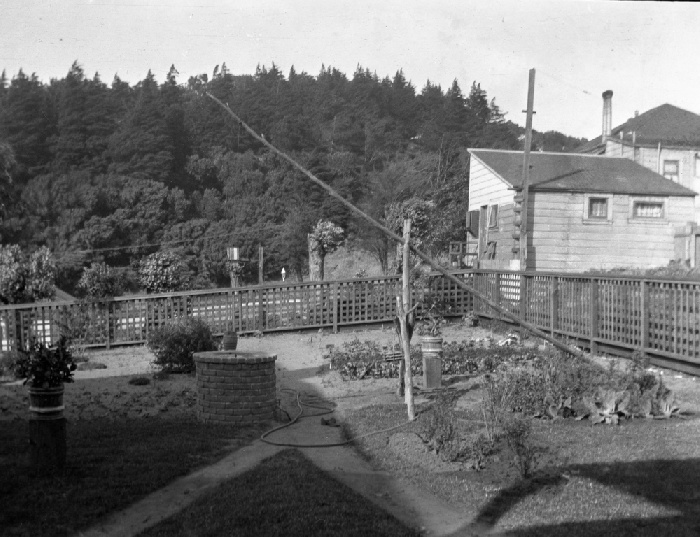 With construction well underway, Minerva sent a photographic postcard to a friend in Nevada City, describing the home’s progress and the neighborhood’s unfortunate topography: “My dear Mrs. Rector. Here is a view of our new house – this is the front, the front door is open and the latch string is out. Our Indian name for it is Ue-oak-pi or Ogeedonkee + you will know I call it worse than that, if you climb Masonic Ave. hill on a warm day. Best love to you all. Lovingly – Minerva.”

Despite a supposed spite wall erected some time later by a neighbor (and Power family relative) with a grudge, the home in its finished state must have made up for the climb. Members of the Power family lived at 1526 Masonic through the 1940s, seeing Lester through school at the University of California, Berkeley, and enduring World War II. Following Minerva’s death in 1959, the home was sold to Mr. and Mrs. Welland Lathrop and it was rightfully included in the California Heritage Council’s second annual Heritage House tour in 1962.

E. B. and Minerva’s only child, Lester, died in 1973, and, like is so often the case, the family’s prized possessions were unleashed on the open collectibles market. One amazing piece, on reserve at an auction house, is a 35-star American flag used to mourn the assassinations of three presidents, accompanied by a newspaper clipping and Minerva’s handwritten note about it.

What I always wonder is how do these things leave a family’s possession? Who lets them go, and under what circumstances did they give them up? Daylighting personal stories like these are my favorite part of being an historian, because I believe no one deserves to suffer the indignity of being forgotten. If you see me speak, you’ll hear me repeat that often. Buildings, city infrastructure and landscaping—all the things we walk by and take for granted—were put there by people, people just like you and me. My hope is that the work we do here at OpenSFHistory helps us to remember that.