We look at so many historical images here—more than 21,000 on the site to date—that we almost start believing our ancestors lived in a desaturated world of gray and sepia. So when we hit a run of color slides we can’t help feeling like Dorothy stepping into Oz after the twister. Look how the little girl’s yellow dress pops in this view of the Golden Gate International Exposition (GGIE) on Treasure Island. 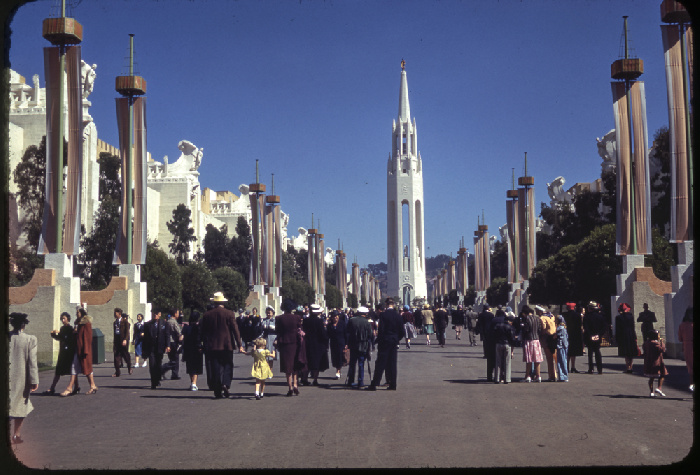 Here’s an achingly vibrant shot from the expo of flowerbeds and a woman in red hat and gloves: 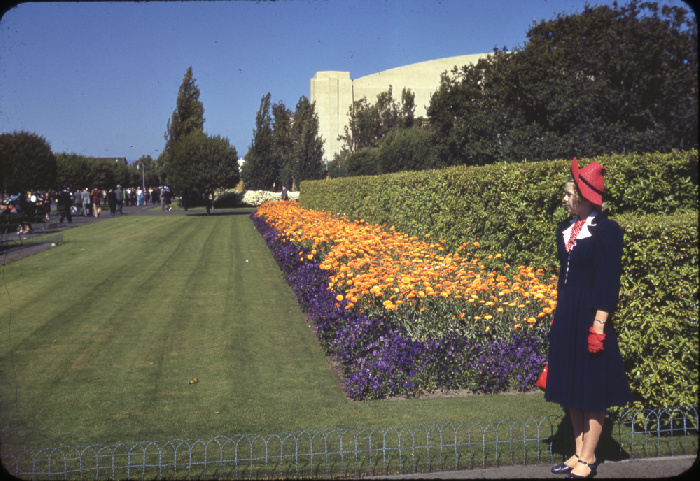 Newcomers, and a lot of longtime locals, may be unaware that Treasure Island was created in the 1930s specifically for the Golden Gate International Exposition world’s fair. The pancake-flat 400 acres of dumped rock, sand, and topsoil was intended to serve as San Francisco’s airport when the exposition closed. (This plan was not, as the buzzword goes today, scalable. Can you imagine a 747 touching down there today?)

With a theme of “Pageant of the Pacific,” the fair celebrated the opening of the Golden Gate and Bay bridges, and had its own mythology. An eighty-foot-high goddess of the ocean and a “Tower of the Sun” stood over a strange landscape of ziggurats, Sinophilic villages, English gardens, and carnival sideshows.

In black and white, with the names of explorers and conquistadors emblazoned on high walls around her, the goddess “Pacifica” is a guardian to some great tomb. 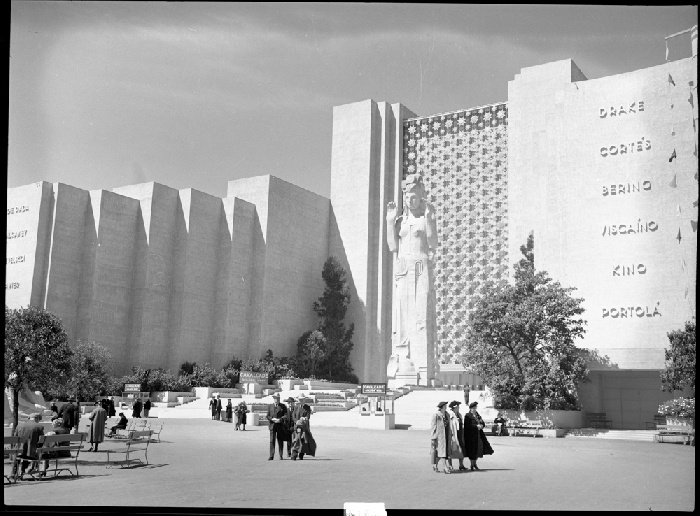 The Court of Pacifica, with the eighty-foot-high ocean goddess statue at the Golden Gate International Exposition on Treasure Island, 1939. (wnp14.4379, negative courtesy of a private collector.)

But the colossal walls and columns lose their chill and gain some hoke when you see them splashed in mauve and butterscotch. The sign for “Vacationland” in the background of the photo below puts one in mind of Walt Disney’s amusement park offerings to come: 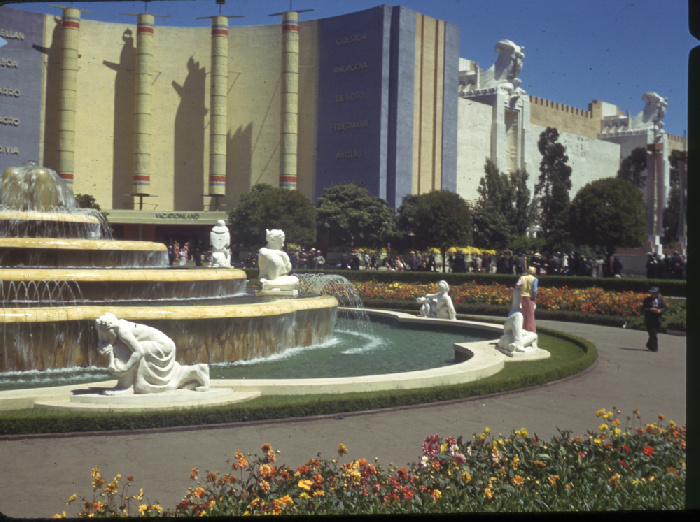 Fountain at the Court of Pacifica, Ford Building beyond. (wnp25.1781, 35mm color slide courtesy of a private collector.)

In 1939, the fair had fine art from Europe. In 1940, an “Art in Action” exhibition had cutting edge bohemian sculptors and painters such as Diego Rivera working onsite. But counter-balancing all the high culture were low-brow entertainments belying the grandeur: Sally Rand’s Nude Ranch (women in cowboy hats and skin-colored tights), monkeys racing tiny automobiles, and Guess-Your-Weight side-show stands on the “Gayway.”

As with almost all world’s fairs, Treasure Island lost lots of money. The approach and arrival of World War II cast a pall on the celebratory spirit that purple walls and golden fountains couldn’t lift. The Navy took over the island for decades.

Now San Francisco is making a riskier bet than the GGIE. As sea levels rise with climate change, the city wants to build 8,000 residences and 500 hotel rooms on a poker chip of made land reached by a single causeway and a bridge with a history of seismic resistance issues. Challenge the goddess Pacifica at your risk. 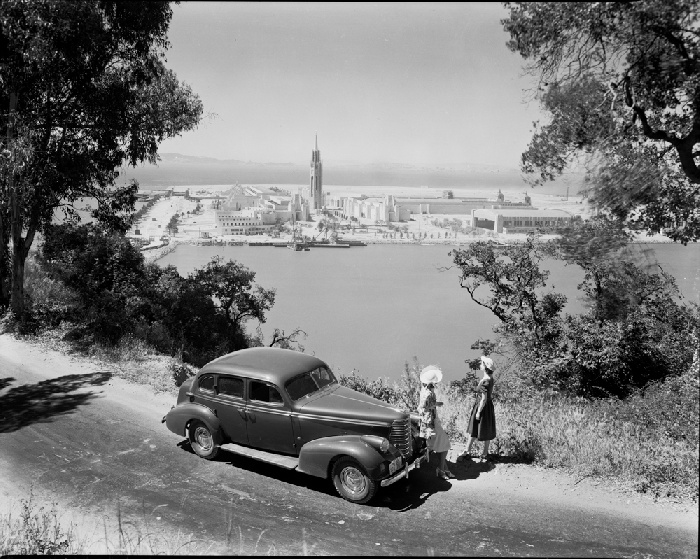