History work is anything but glamorous. Long hours, laughable pay, up to your elbows in dusty boxes that reek of mildew half the time. But we history nerds are a passionate, persistent sort and sometimes that pays off in what I like to call “archival serendipity.” One extreme example of archival serendipity allowed me to meet another San Franciscan—Irene Canby LeRoy. 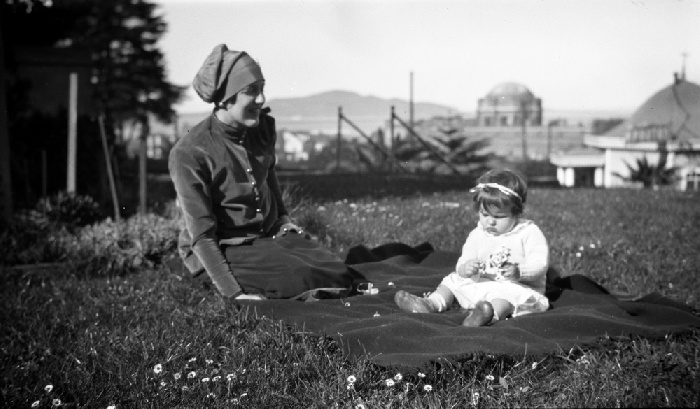 While working at the Park Archives and Records Center in the Golden Gate National Recreation Area a few years ago, I was cataloging a batch of photos and ephemera in a large blue envelope marked “Irene Canby” that was inherited from the old Presidio Army Museum. This one was a real conundrum: no donation receipts, partial IDs that often weren’t very helpful of photos that ranged from formal portraits of nineteenth-century European nobility to 1920s snapshots of a small Jack Russell terrier wearing a snazzy harness. Each time I tried to unravel this puzzle I inevitably failed and had to set it aside, hoping something mixed in with another collection would be the key to unlocking the Canby secrets. 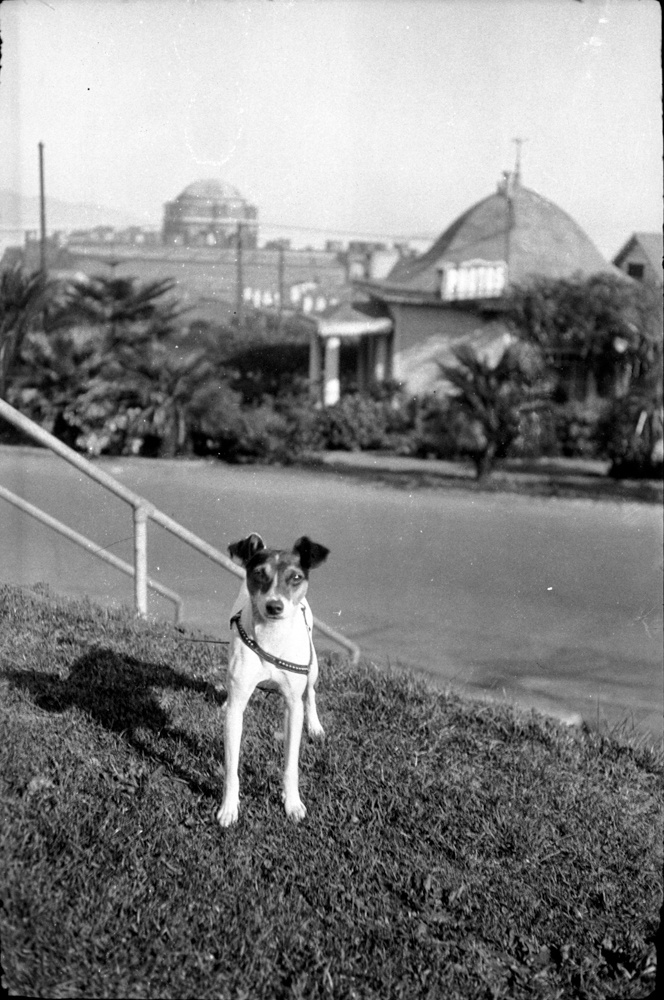 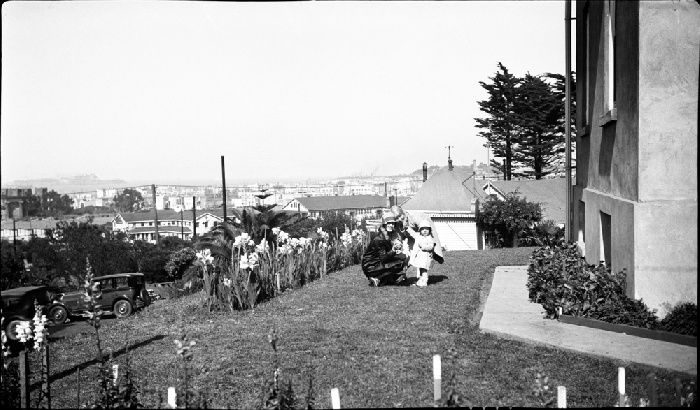 The Canby-LeRoy family at the Presidio with their dog—our archives serendipity. (wnp14.0315, negative courtesy of a private collector).

Then one day I was processing a batch of unidentified family snapshots and negatives at Western Neighborhoods Project, and I couldn’t believe my eyes: there he was, the Canby’s Jack Russell terrier wearing the same harness, photographed in the same location in the Presidio of San Francisco. Piecing together scraps of information—visual and written—from materials held by both organizations, I was able to compile a history of Irene Canby and her family. Archival serendipity made possible by one persistent archivist. 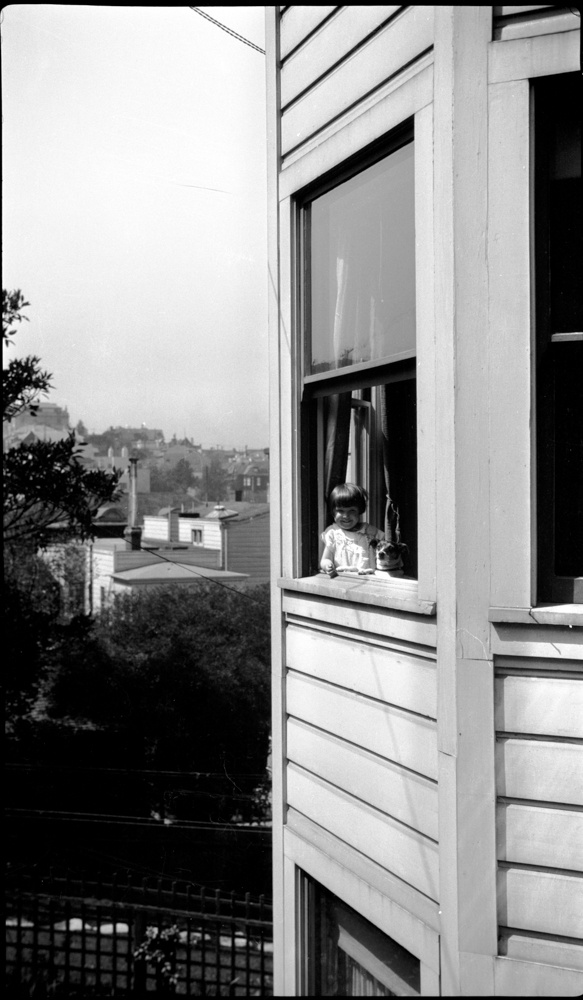 Peggy and her pooch at the LeRoy residence on Vallejo Street. (wnp14.0308, negative courtesy of a private collector). 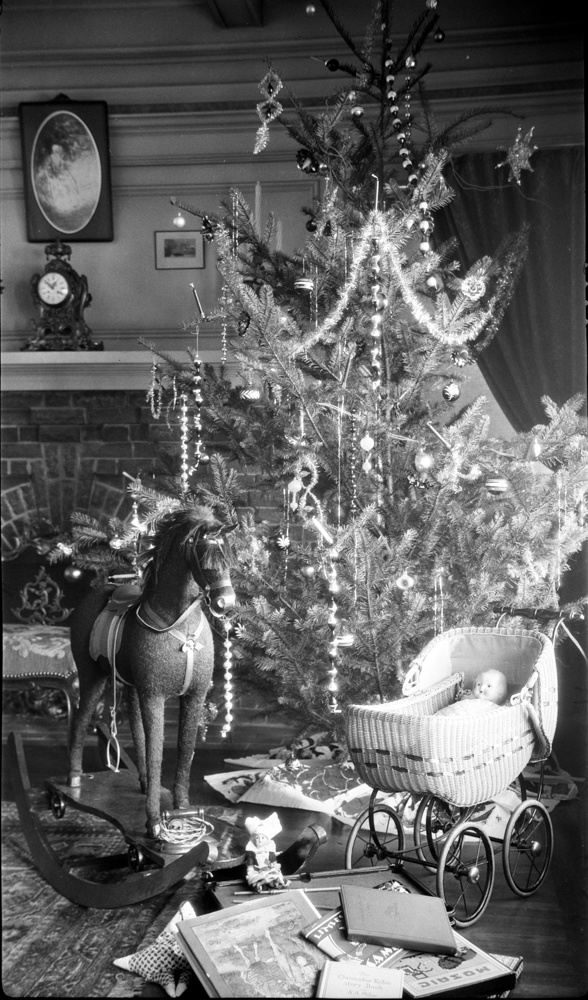 And what lovely local history it is. Irene F. Canby was the daughter of Eugenia (Cunningham) and Colonel James Canby. Colonel Canby had roots in Delaware that distantly relate him to former Secretary of State John Kerry through that European nobility. The colonel came to California as an officer in the U.S. Army. He served in the Spanish American War and settled down in the Presidio of San Francisco as post paymaster with his wife and daughter. Irene married Eugene Rene LeRoy, son of a French importer/exporter who inherited much of a defaulted Mexican land grant called Rancho Guadalupe located near Santa Barbara. The couple had one daughter in 1925, Marguerite, and the small family lived just outside the Presidio gates—taking trips with their pooch to visit Grandpa Canby on post, playing at Ocean Beach and in Golden Gate Park, being San Franciscans. 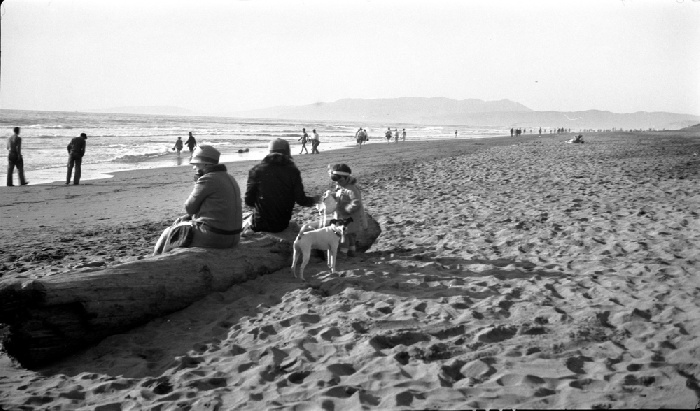 The LeRoy family enjoying a day at Ocean Beach. (wnp14.0322, negative courtesy of a private collector).

Colonel Canby passed away at Letterman General Hospital in 1935, and by that time the LeRoy family was living in Palo Alto where Marguerite (better known as Peggy) would attend Stanford University. There she met and later married a dashing young man named William Nichols, who left University to enlist in the Air Force during World War II. Sadly, Irene would outlive her entire family—surviving the loss of her mother in 1951, her daughter in 1981, and her husband in 1985. 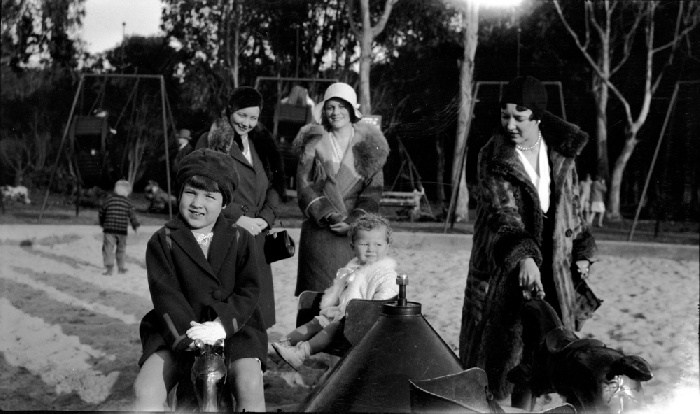 Irene pushes Peggy and friend on a ride at Children’s Playground in Golden Gate Park, c. 1930. (wnp14.0321, negative courtesy of a private collector).

It’s hard to know how and why family archives are split up, but my guess is the LeRoy family had an estate sale after Irene’s death. According to our private collector, he purchased the Canby materials now accessible on OpenSFHistory at an antique store in San Francisco sometime in the late 1980s or early 1990s. Materials that ended up at the Presidio Army Museum and later inherited by the Park Archives may have been purchased at the same antique store, perhaps directly from the estate…who knows? I’m just glad I was in the right place at the right time to ensure another family of San Franciscans no longer suffer the injustice of being forgotten.