In the thousands of San Francisco photos in OpenSFHistory there are naturally many taken by tourists visiting the city. So we have lots of Golden Gate Bridge, Fisherman’s Wharf, and cable car turnaround views. Some are more interesting than others, with the best including people. While the bridge or a Powell Street cable car look much the same today, people’s clothes, hairstyles, and accessories of the past instantly increase a photo’s interest, at least for me.

Wading through the hundreds of slides, prints, and negatives, we can get caught up in a particular family, imagining the relationships, the backstories, as Mom, Dad, and the kids go stop to stop in the city. Occasionally, but rarely, the technique or skill of an amateur photographer can grab us. One group of images from 1962, found at a flea market, struck us as particularly artistic, something you might see as a gallery installation at SFMOMA. We don’t know who the photographer is, but he or she records an older woman’s visit to the city in a series of haunting views.

We begin at the Bellevue Hotel with this casual shot. Our subject isn’t in the frame, but we have an expectation she might step out past that doorman momentarily: 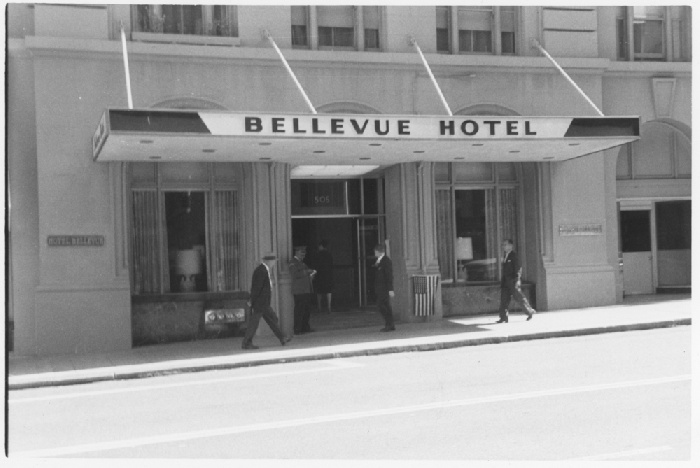 Here is our protagonist, a lady of later years, standing in the strangely empty midway of Playland at the Beach. An unaffiliated group huddles behind her and a single pigeon struts in the foreground: 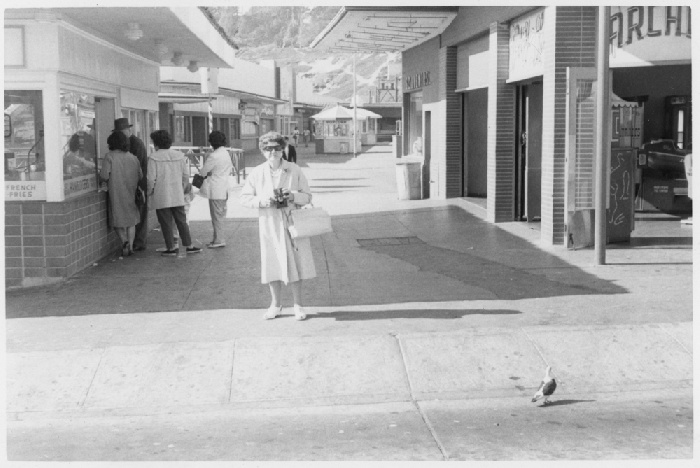 She takes in the mighty Pacific Ocean. Is she impressed?: 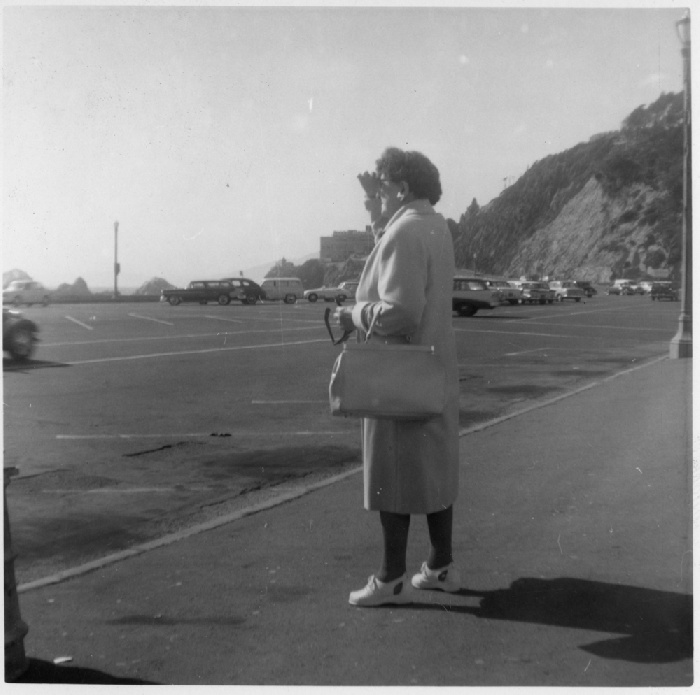 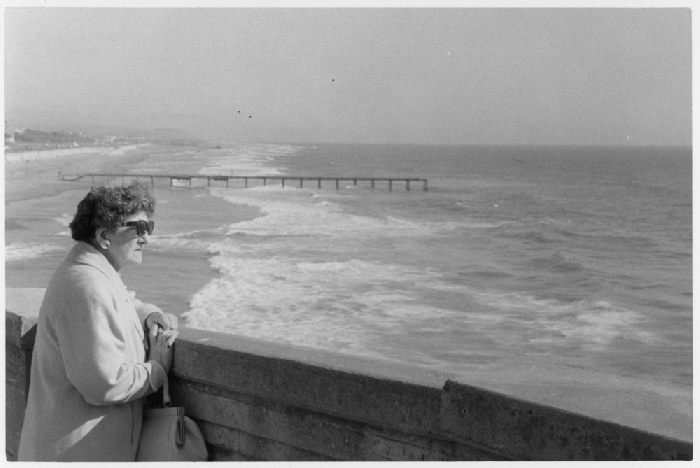 She walks up the hill to the Cliff House: 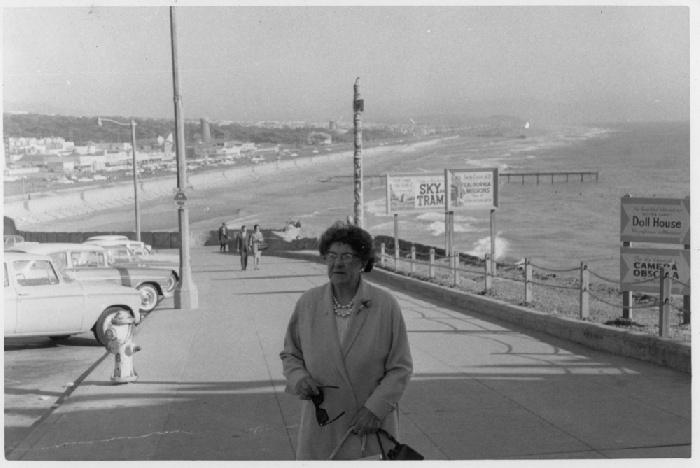 But pauses to view Sutro Heights Park on the hill above, or perhaps a passing sea gull, or really just the Cliff House awning: 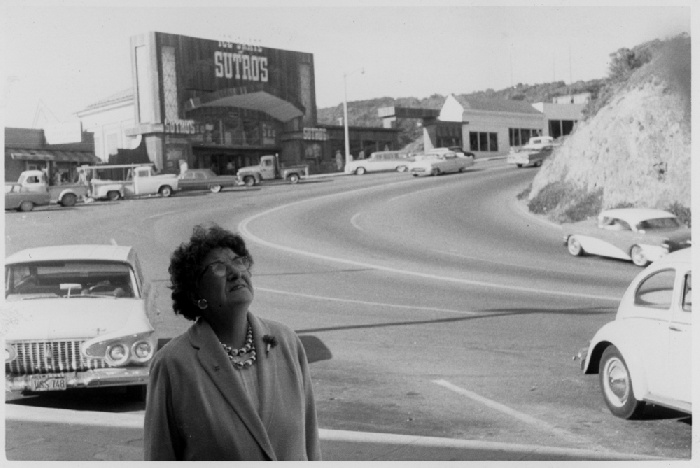 Perhaps too expensive for a meal? She moves onward: 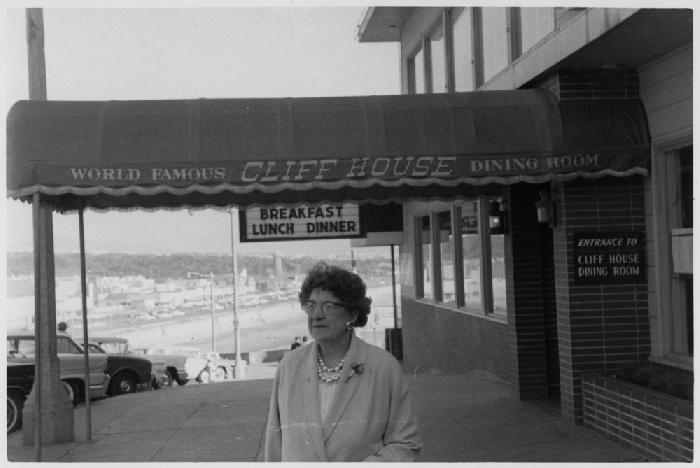 A repast is found at the long-gone Cliff Chalet Café, which once operated overlooking Sutro Baths between the Cliff House and Louis’. As if to imply that the photographer observes, but is not really part of the woman’s vacation, there are two coffee cups on the table, but only one plate of food. 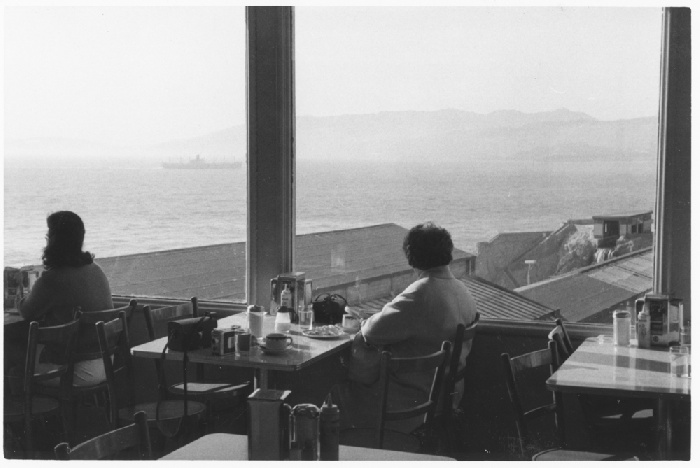 Like most visitors to San Francisco, our hero does make it to a cable car. Her entrance onboard is blocked. She is separated from the young men, but she gamely smiles. 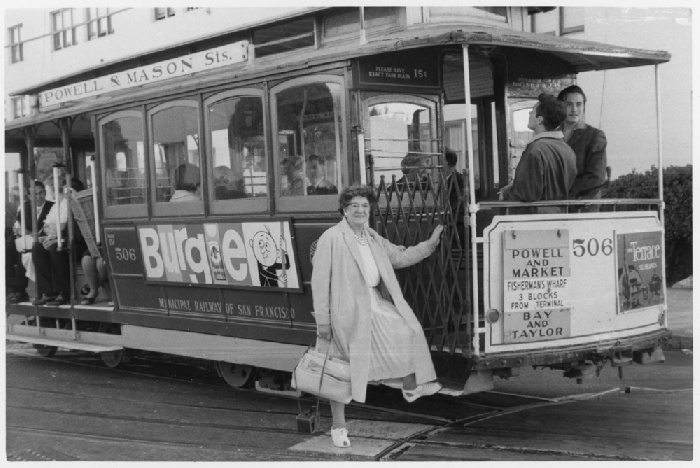 Later, she is more successful. She poses triumphantly, alone, with the exception of a woman with a cast on her leg hobbling away on the street at left. Is this a Diane Arbus exhibit we’re at? 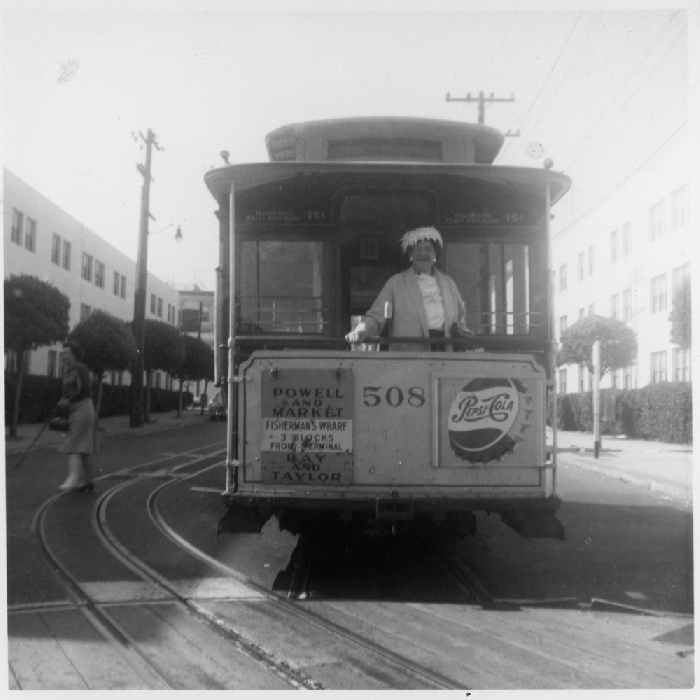 We don’t know this woman, or whether her companion was a husband, sister, or old friend, but we can see that this lady of the chunky double-chain necklace, white feather hat, and cherry brooch on her coat lapel, was the star of this adventure.

For all of the artistic remove, the eerie framing and lighting, there’s a respectful love in these photographs. Anonymous, salvaged, and jumbled with tens of thousands of other images, the woman and her companion make us feel honored to take a walk with them in San Francisco 1962.

See all of the “older woman on vacation” images.