Here is a line of odd little automobiles lined up for a photo on Franklin Street in 1920, back before the road became a three-lane, one-way expressway to the Marina District. They are posed before the red brick Bransten house at 1735 Franklin Street, now City of San Francisco landmark #126, with its side yard and gate pillars still intact today. A strange, intriguing photograph, it seems that there has to be a story here, a bit more explanation needed. And, as it turns out, there is. 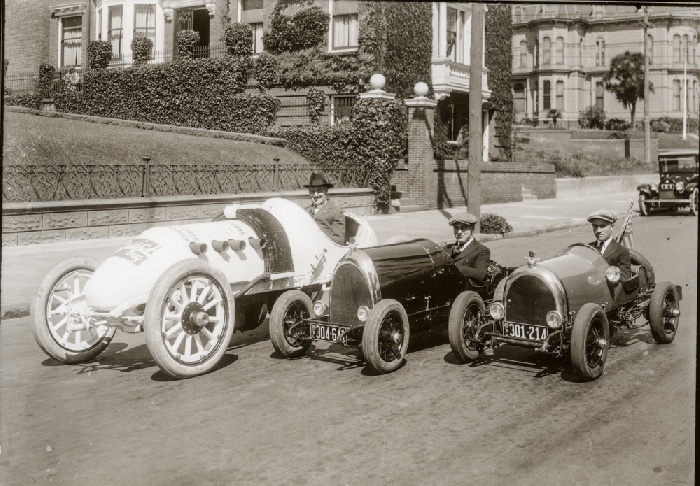 The larger vehicle on the left, a fraction of the size of most automobiles on the road today, is a Buick 60 Special, an aerodynamic bullet-nosed record-setter from the early days of motoring and one of only two built. Nicknamed the “Buick Bug,” able to reach speeds of 100 mph, the racer was about a decade old at the time of this photograph. The Los Angeles Herald remembered it as the “go-fast sensation to the world.”1

The Age of the Automobile had arrived, but was barely removed from its dawn of wealthy hobbyists and daredevil inventors. When the Buick Bug made history with its unique design in 1909-11, Louis Chevrolet was one of its drivers. Yes, that Chevrolet.

Charles S. Howard, the man at the wheel of the Bug, bought the old racer as a collectible out of a warehouse in Kansas City. At the time, he owned the largest automobile distribution company in the world, a Buick dealership on the corner of Van Ness Avenue and California Street. Howard’s sons sit in the other two vehicles, “Howard Specials” custom-made especially for them to raise hell. The San Francisco Chronicle noted the minuscule machines, driven by the young men, “have shown a speed of 80 miles an hour.”2 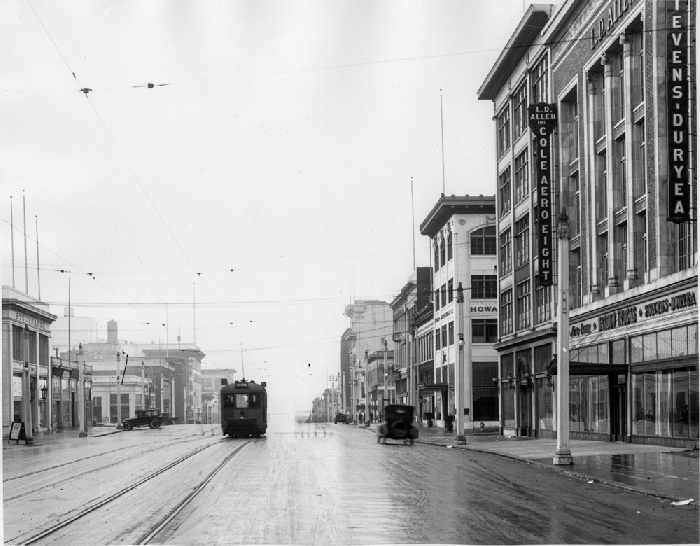 Van Ness near Sacramento, circa 1920. Howard Automobile Company on right at corner of California Street. (wnp4.1402.jpg, detail of wnp4.1400; courtesy of a private collector.)

In 1924, Howard gave his Buick Bug to the de Young Museum, back when the San Francisco institution took just about anything, from spoons to Rembrandts to World War I tanks. The permanent addition to the collection was to be given a prominent place in the museum and predicted to “come before the eyes of countless thousands of visitors during the years to come.”3 It didn’t quite work out that way. Soon after, Howard borrowed it back from the museum to show off at his dealership, at local car conventions, and in a display at the 1939 Golden Gate International Exposition on Treasure Island.4

In 1984, a San Francisco Examiner reporter, investigating mismanagement of the city’s museum collections, found that the car was still on the de Young’s books as an active long-term loan. The Bug was estimated at the time to be worth $300,000-$400,000 ($700-$900k in modern dollars), and “museum officials simply lost track of it.”5

The reporter found it at the Sloan Auto Museum in Flint, Michigan. The director there said they had gotten it from the chief engineer of Buick in 1958. Whether the de Young ever received compensation for the loss of the Bug is unknown, but the old racer, now with a cherry-red paint job, is still on display in Michigan.

Despite the interesting journey of the Buick Bug, Charles S. Howard is better known for owning a different kind of racer. In August 1936, he bought an underachieving and undersized thoroughbred no one wanted. Knobby-kneed Seabiscuit dominated horseracing in the late 1930s, became the hero of numerous books and films, and sired 108 foals before his death in 1947.