Seventy-five years ago today, an incident of what the San Francisco Chief of Police Charles Dullea called “hoodlumism” broke out on the streets of Chinatown. In the OpenSFHistory collection we have a series of newspaper negatives bearing witness to the police response.

Teddy Morales and Joseph Bravo, who both lived in the Italian-American-dominated North Beach neighborhood, had an ongoing feud with Chinese youth from the south side of Broadway. Morales claimed he had been knifed in the back six months earlier. On September 30, 1943, two carloads of teenagers attacked the two at the intersection of Broadway and Stockton Street. 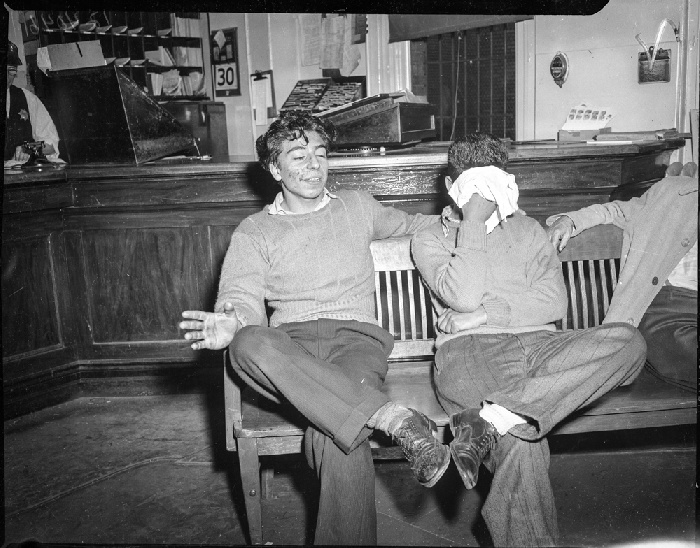 For their trouble of being attacked and receiving scratches and bruises, Morales and Bravo ended up in police custody. Bravo, an eighteen-year-old seaman, was held for investigation, while Morales, who worked in a warehouse and just seventeen years old, was booked as a ward of the juvenile court. 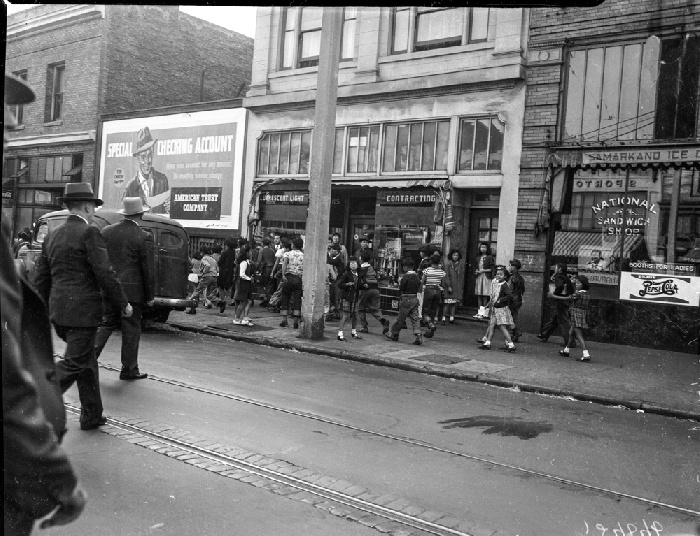 The response by the police, in suits and snappy fedoras, was quick. Six teens found circling the area in cars were arrested and charged with vagrancy, disturbing the peace, and inciting a riot. A paddy wagon rounded up another nineteen (as a “precautionary measure”) from a crowd of forty that had gathered at Greenwich Street and Columbus Avenue.1 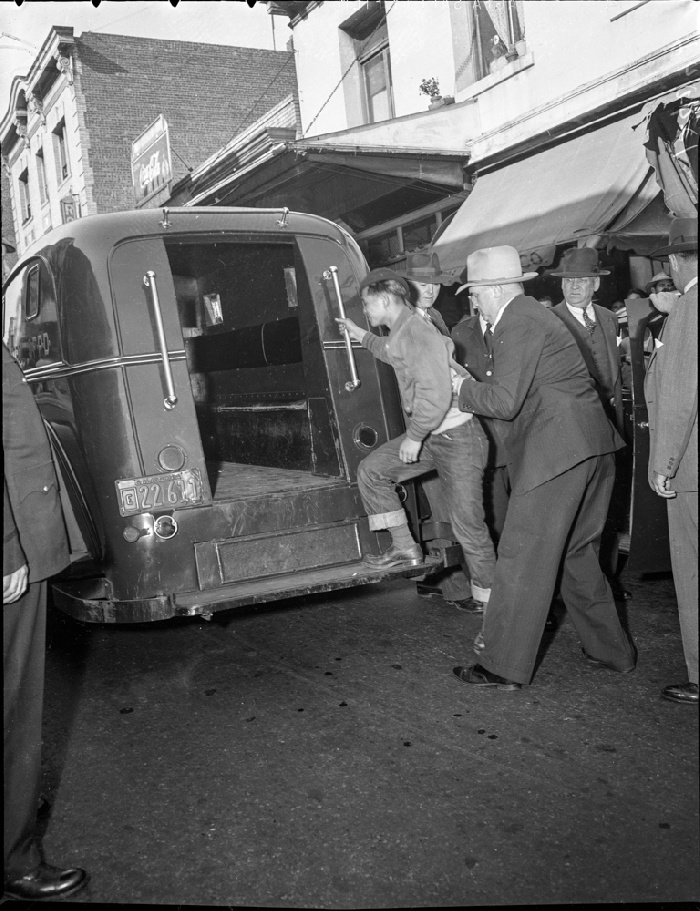 This followed a mass brawl two days earlier around Broadway and Stockton, described in newspapers as “a sudden riot that sent 200 Italian, Mexican and Chinese school children into a block-long melee.” Four riot squads from the Central Police Station had to be dispatched to break it up.2

In the middle of World War II, with US Marines dying on the Solomon Islands, and the Allies fighting their way up Italy, a brawl of 200 teenagers, although reported up and down the state, didn’t strike reporters as that big a deal. The Sacramento Bee called it a school yard squabble and the San Diego Union noted the “[g]reatest damage, according to members of the Big Brother detail of the police department, was to eyes and noses of the combatants.”3 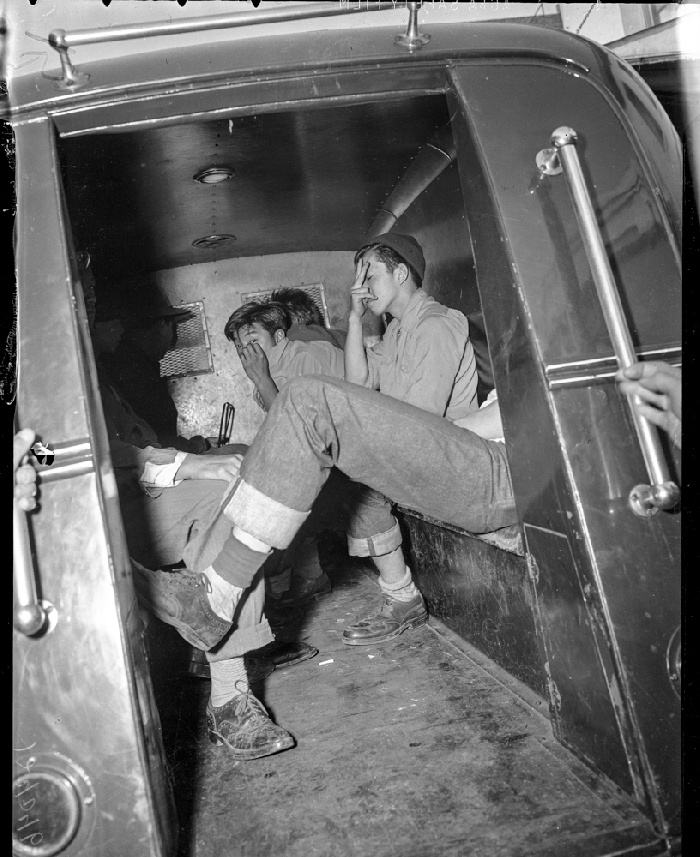