Going through the OpenSFHistory collection we perk up when we find photographs of children. I suppose that’s true of people since photography was invented. Children wear their feelings in their eyes, express worlds without words. Even the blank and bland faces captivate us, because an inscrutable child is a mystery and story about to be told.

Perhaps it is just sentimentality, but when you look at tens of thousands of images of buildings and streets and ships you can’t help but soften finding a group of kids from a century ago, even if one curmudgeon in our office always points out that “those kids are all dead now.” 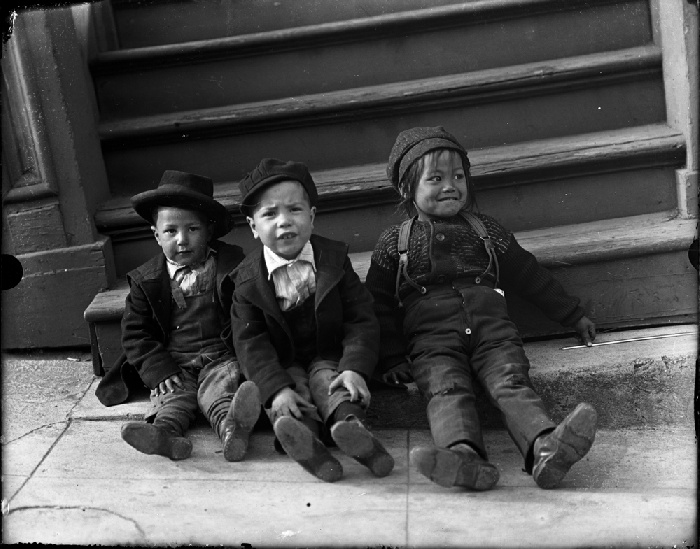 I came across two intriguing real photo postcard images of children at an institution known as the Maud Booth Home which deserve a closer look. 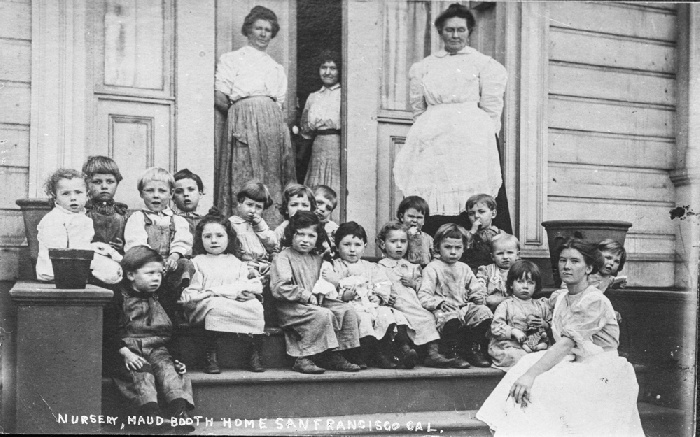 Maud Ballington Booth was a leader in the Salvation Army before breaking away to lead with her husband a United States-focused spinoff organization called the Volunteers of America. She was by all newspaper accounts a dynamo, especially in the prison reform movement. Known as “Little Mother of the Prisons” by sympathetic if slightly condescending reporters, she traveled the country raising awareness and money through concerts and society events to establish “Hope Leagues” and “Hope Halls” to find employment for stigmatized discharged prisoners. Booth reported that through these efforts “[a]t least 70 per cent of them became permanently reformed and were leading useful and upright lives.”1

Booth’s work expanded to include, as described by the Call, “the very lowest strata of the submerged tenth,” the care of young boys and girls whose fathers had abandoned them or whose mothers had succumbed to alcoholism, described in newspapers as “friendless children.”2

In San Francisco, Booth funded a home for these friendless children under the direction of Nellie Duncan and her husband Colonel Walter Duncan. The Maud B. Booth Home opened at 599 Buena Vista Avenue with a nonsectarian policy of accepting children “irrespective of creed, color or age” on September 28, 1904. The next year the institution purchased, for $12,500, a house with gardens at 812 Shotwell Street near 22nd Street in the Mission District. A two-story annex was built on the southwest corner as a dormitory and soon the Maud B. Booth Home was caring for 50-60 children at a time.3 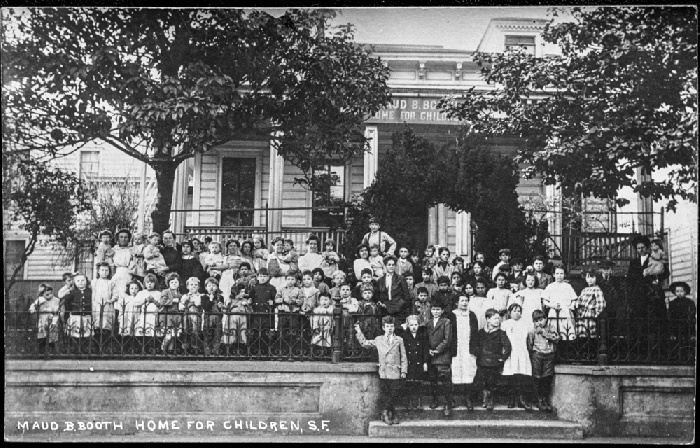 Searching through mentions of the home in old newspapers brings up desperate stories of poverty, illness, abuse, and cruelty to innocents. Many residents were orphans, but most were not. Some were delinquent children from the city’s juvenile court. For most, the stay was temporary, allowing a mother to work while a father served a jail sentences, for example, while others waited years for an adoption or foster home.

Mrs. Duncan and staff educated the children on basic self-care and sewing and cooking for the older girls, arranged seaside summer camping vacations, and had an overriding policy that what each child admitted to the home needed most was enough food, as “not one child in 100 who comes to them is sufficiently nourished.” Despite the obvious need, the dedicated care, and the apparent good intentions of the staff, there’s no avoiding the sadness that carries through the newspaper pages a century later with lines such as “Mothers and relatives get into the main house but once a year and that is at the holiday time when the children give an entertainment for them.”4

The home survived the 1906 earthquake, but in the aftermath the children were temporarily transported to another Maud Booth Home established in Los Angeles. After returning to San Francisco, two cottages on the 22nd Street side of the block, connected by backyards to the main house, were leased in an expansion to provide living quarters for the children separate from the administrative activities. This is now the site of a particularly unattractive apartment building erected in 1963.

The Shotwell Street house with the broad front porch and yard seen in the postcard is gone, replaced by a row of houses built soon after the Maud B. Booth home moved to more spacious quarters on the outskirts of Palo Alto in 1914. Less than three years later, after a separation from the Volunteers of America and a Grand Jury investigation revealing substandard food and bedding, the home closed. The sixty children in residence at the time—most wards of county courts—were placed in other institutions and homes.5