We have a lot of images of Fort Point in our OpenSFHistory collection from both before and after the Golden Gate Bridge was built over it. Most of these images are from land near the Fort, but there are some views of it from the water, mostly from near the shoreline. In one of our recent image uploads to OpenSFHistory though, there is a rare view of Fort Point from out in the middle of the Golden Gate channel. This led me to take a closer look at Fort Point before there was a bridge over it. 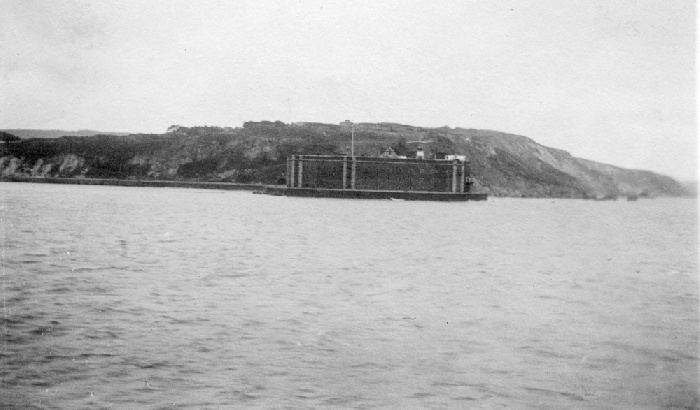 Fort Point is located at a promontory point where the Golden Gate is the narrowest. It was a strategic spot to guard the San Francisco Bay from enemies. When the area was previously under Spanish rule in 1794, Spain constructed a small structure called Castillo de San Joaquin at the point that could hold up to 13 cannons. When Mexico won independence from Spain in 1821 and took control of the area, they let Castillo de San Joaquin fall into disrepair. When the U.S. annexed California in 1848, they sought to fortify the coastal defenses, so the Army Corps of Engineers began construction in 1853 of a new fort in the same area as Castillo de San Joaquin. 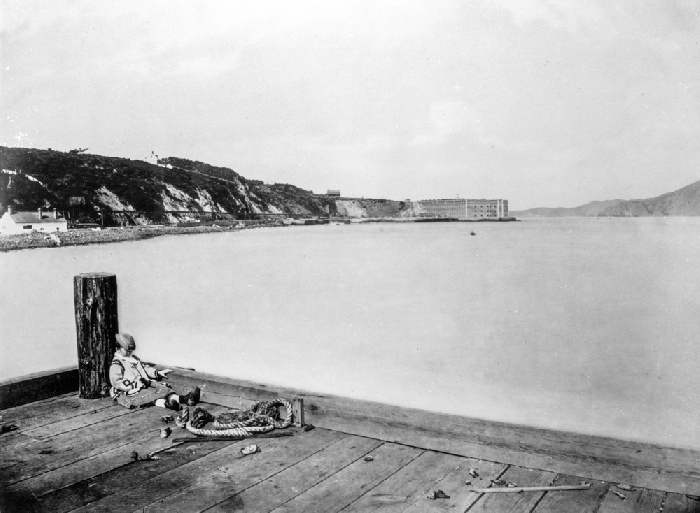 Up to 200 men worked on the construction of the fort for eight years. Workers had to blast a 90-foot bluff down to only 15 feet above sea level. The fort was built using the Army’s “Third System” style that was adopted in the 1820s. This brick and mortar design featured vertical walls that were seven feet thick, three casemates tiers, and a barbette tier at top. It included emplacements for 141 guns of various types. Fort Point was also designed with some low artillery spots so that cannonballs could skip off the water and hit invading ships at the waterline. The first cannons were installed in 1861 with the Civil War about to start. Colonel Albert Johnston, the Commander of the Department of the Pacific, brought in the first troops then resigned because his home state of Kentucky had joined the Confederacy.

Fort Point was designed to be one of the best forts in the country and was the only fort west of the Mississippi built in this style. This shows the importance that the U.S. placed in guarding the Golden Gate. 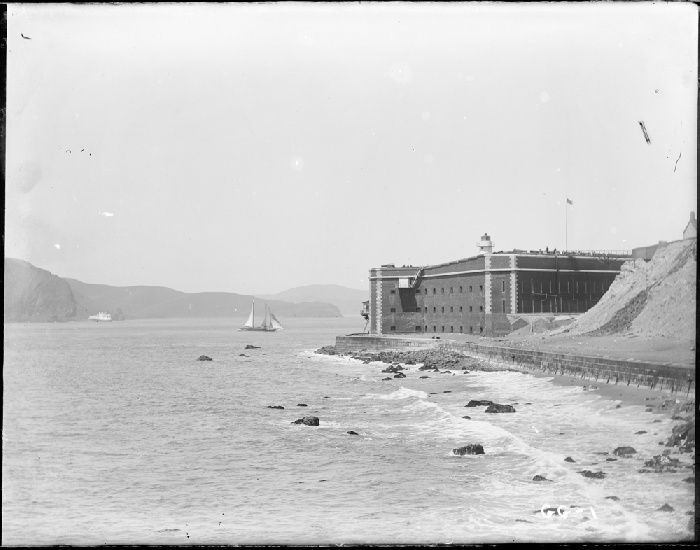 At the outset of the Civil War, the armaments at Fort Point were increased with the addition of 59 new cannons. This was less about any worry of a Confederate attack, but about fears that the British might as they refortified Vancouver Island at that time. For the duration of the Civil War, Fort Point guarded against the intrusion of British or Confederate war ships that never came with as many as 500 men garrisoned there. The Confederate ship, the CSS Shenandoah, was sent to attack San Francisco, but the war ended before it arrived at the Golden Gate. After the Civil War was over, Fort Point was maintained, but troops were not a continuous presence. A 1500-foot seawall was added in 1869. Some of the cannons were moved to higher bluffs. 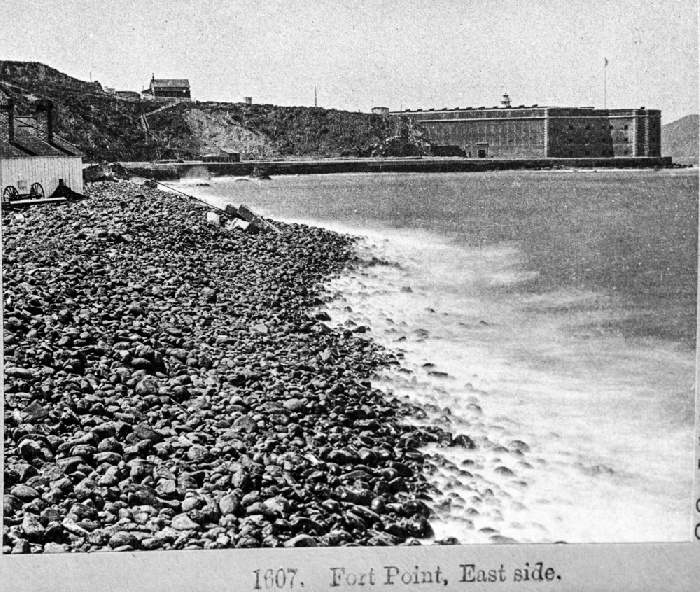 East side of Fort Point after seawall completed, circa 1870. (wnp37.00756; Marilyn Blaisdell Collection/Courtesy of a Private Collector.)

In 1882, Fort Point was officially renamed Fort Winifield Scott, after the Commanding General of the United States Army during the Mexican-American war in which the U.S. took over California. However that name never gained real favor and it was still generally referred to as Fort Point.

After an 1886 report by the Board of Fortifications headed by Secretary of War William Endicott, later simply known as the Endicott Board, found that America’s coastal defenses were inadequate. This resulted in a massive fortification of U.S. forts. In 1892, construction of new concrete fortifications at Fort Point began. All 103 of Fort Point’s smooth-bore cannons were removed and sold for scrap to be replaced by steel, breach-loading rifled guns.

During World War I, Fort Point was remodeled to be used as a detention barracks, but never used for that purpose. Detention barracks were built on Alcatraz Island instead. In the 1920s, the Presidio housed unmarried officers and used for military trade schools. 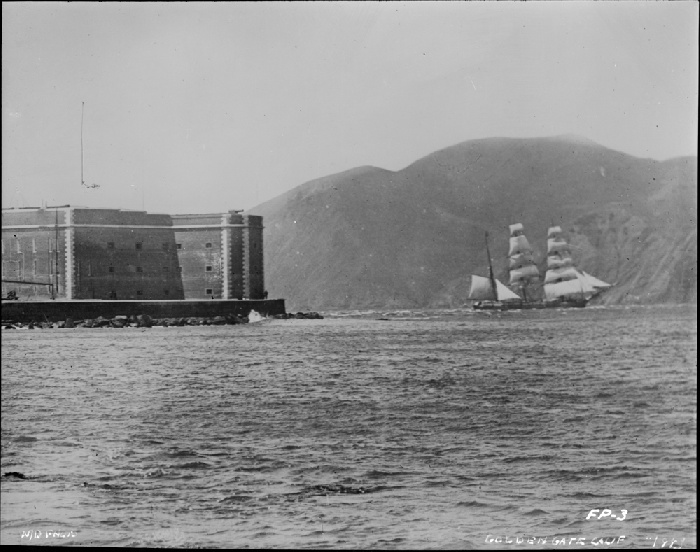 Because of Fort Point’s outstanding military architecture, the American Institute of Architects sought to preserve the fort, but money for the project wasn’t raised and nothing came of this proposal. The initial plans for the Golden Gate Bridge called for Fort Point to be razed, but the chief engineer of the project, Joseph Strauss, recognized the importance of the fort’s history, so he redesigned the bridge so that Fort Point could be saved. Strauss advocated for Fort Point being restored and becoming a monument. Years later that dream would become a reality when the Fort Point Museum Association was formed in 1957. In 1970, President Richard Nixon signed the bill making Fort Point a National Historic Site.

For more information about Fort Point, you can visit the Fort Point National Historic Site website.