Close to the geographic center of San Francisco, Mount Olympus is located to the south of the Golden Gate Park panhandle in the Ashbury Heights neighborhood. One travels to the top via Upper Terrace, which is lined with homes so that you don’t get a true sense of the view. At the top sits a stone column, a pedestal for a statue that is not there. To find what is missing, we must travel back to a time when the view was magnificent and a rich philanthropist wanted to commemorate liberty. 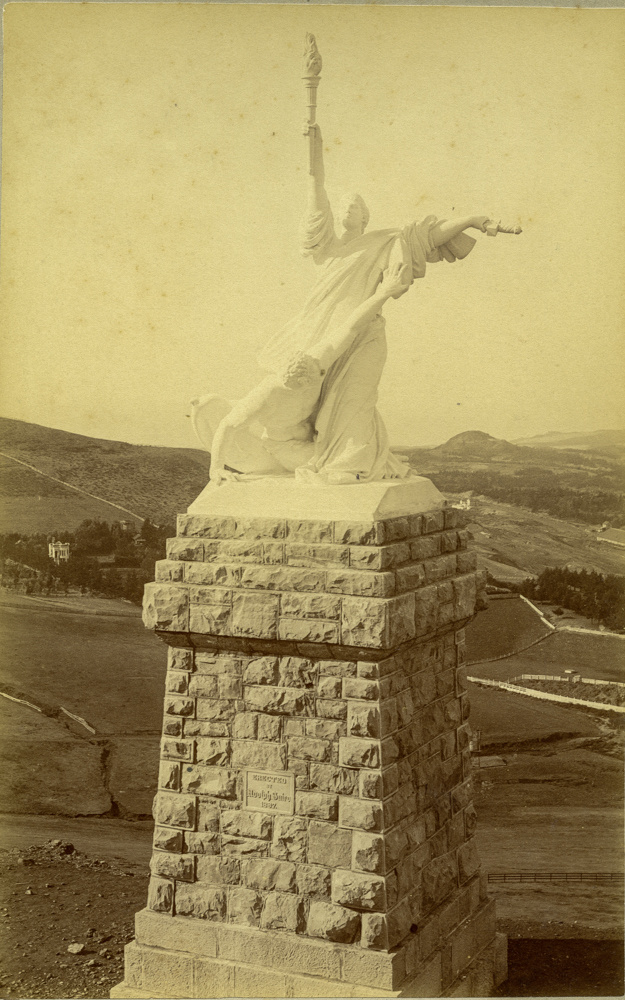 On Thanksgiving Day, November 24, 1887, a ceremony took place atop Mount Olympus. The land belonged to Adolph Sutro and he believed it was the perfect place for a monument. Sutro had seen a statue created by a Belgian artist named Atoine Wiertz and ordered a copy.1 Likely, workers did a large casting of the marble original statue by Wiertz, who had passed away in 1865. It features a 12-foot high “Goddess of Liberty” holding a torch in one raised hand and a sword in the other hand triumphing over a man at her feet, said to be the personification of evil. The statue was entitled the Triumph of Light. 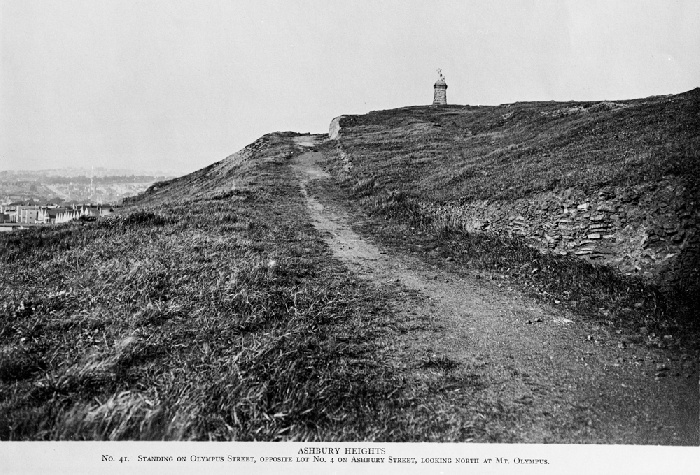 View north toward Mount Olympus and Triumph of Light statue, 1910. (wnp26.1054; Courtesy of a Private Collector)

The Thanksgiving Day ceremony featured the Mayor and supervisors, the Presidio band and military forces, some local notables, the Sanchez Street school student body, a large crowd, and, of course, Sutro himself.2 At 11:00 a.m., Judge Solomon Hedenfeldt gave an opening speech praising Sutro and declaring that “liberty is not license, is not anarchy, but that it requires obedience to the law without which it cannot exist.” When the judge finished, the tarp covering the statue was removed unveiling the Triumph of Light. 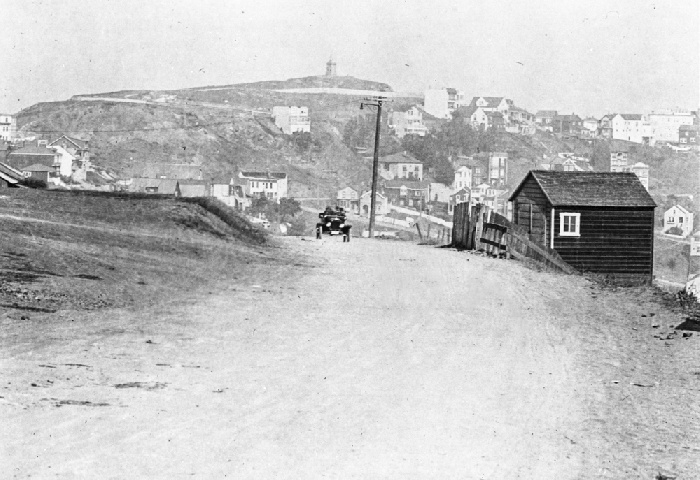 After the band played “Hail Columbia,” local poet Ella S. Cummins, read a poem she wrote for the occasion. The final verse proclaimed: “Then see! To us is here a goddess given. Who represents man’s highest victory. Proclaiming, as she lifts her hand to heaven, let there be light and liberty.” When Cummins finished, the band played again and the donor finally delivered his remarks. Sutro stated his hope that the Goddess of Liberty would inspire San Franciscans to do “good and noble deeds” that would benefit mankind. Sutro also appointed the Sanchez School students as the permanent custodians of the statue and deeded 100 square feet at the top of Mount Olympus, including the statue site to the City. After more speeches, the dedication ceremony concluded with the band playing “America.” Sutro and some of the notables at the ceremony then took a procession of carriages back to Sutro Heights for lunch. 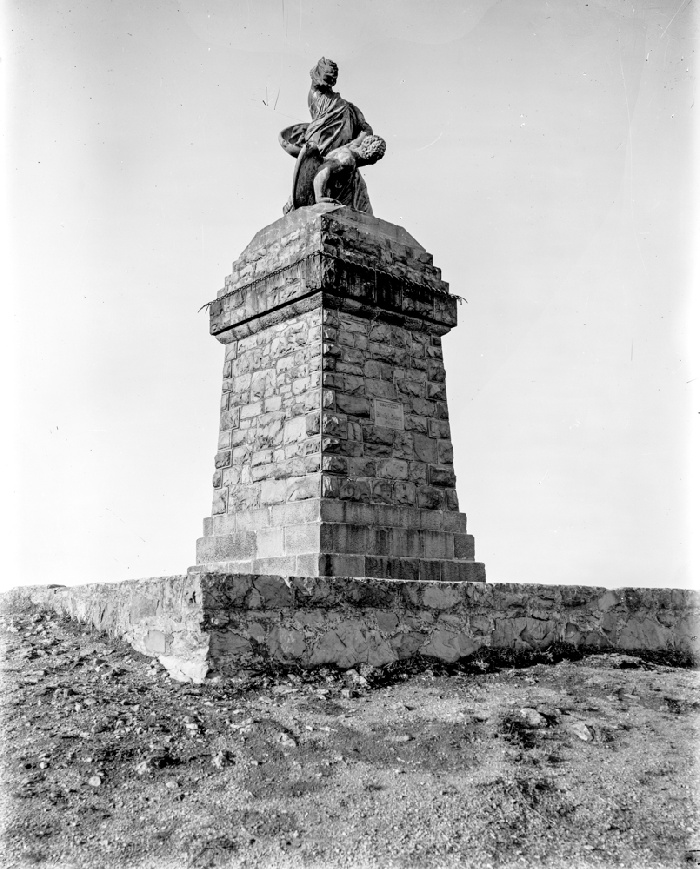 Triumph of Light statue on Mount Olympus, circa 1920. (wnp15.624; Hiller, photographer / Courtesy of a Private Collector)

At the time the Triumph of Light was unveiled, Alvarado Mortimer Fuller was stationed at the Presidio. Fuller, who would eventually rise to the rank of Colonel, was an inventor, who among other inventions, patented plans for a small submarine. When not soldiering or inventing, Fuller also dabbled in writing. So why are we talking about Fuller in the middle of this article about the Triumph of Light? In 1887, Fuller published a science-fiction novel called A.D. 2000.3 In the novel, the protagonist develops a sleep chamber that allows him to go to sleep in 1880s San Francisco and then wake up in 2000s San Francisco. Interestingly, the location for the sleep chamber in the book is inside the base of the recently constructed Triumph of Light statue. 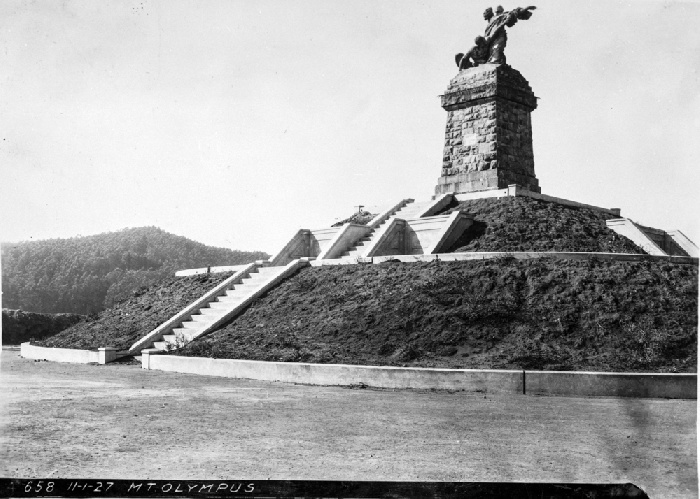 As time passed, civilization creeped up the slopes of Mount Olympus. Time was also taking its toll on the statue, which began looking worse for the wear, losing both the torch and sword. In 1926, the area around the Triumph of Light was dedicated as a public park and some effort was made to fix things up. Sutro’s daughter, Dr. Emma Sutro Merritt, consulted experts about restoring it, but was told that it was hopeless. 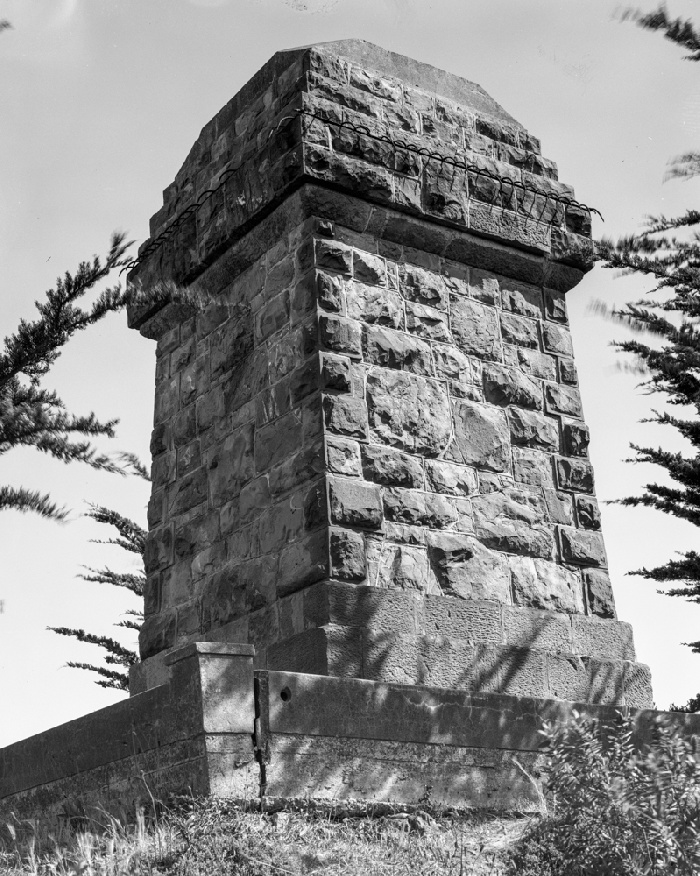 By 1954, the City’s Art Commission found the Triumph of Light to be “beyond repair” and that it was recommending the statue be demolished.4 They wanted to take it down and replace it with a statue called “Peace” by Benjamin Bufano that had been donated to the City, but hadn’t been placed yet. Sometime over the next few years, the Triumph of Light was removed and replaced…with nothing.5 The pedestal for the statue has stood tall in the small Mount Olympus park for over 60 years now, a vestige of days past where an inspiring view was marked with art designed to inspire our dedication to liberty.