As you travel down Third Street by the Giants’ ballpark, you cross over a bridge from another time. The bridge that crosses over McCovey Cove/Mission Creek is a strange looking steel and concrete structure. It is not, shall we say, a thing of beauty, but it does have some old-timey charm to it. We are getting ahead of ourselves though as this bridge was not the first bridge to cross Mission Creek at Third Street. 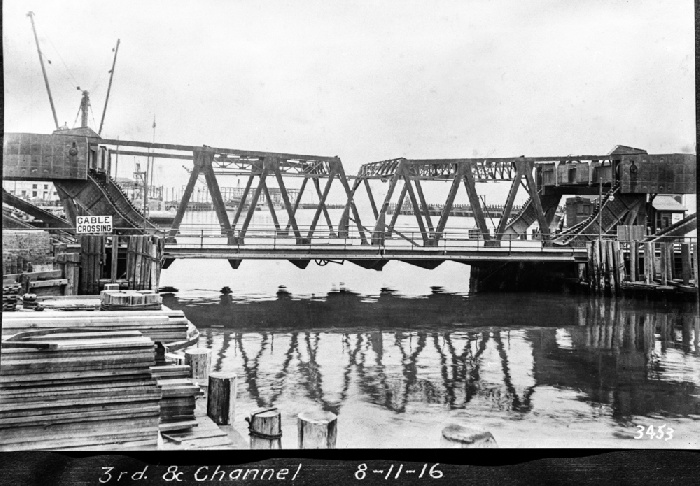 Before there was a bridge, Mission Creek was a problem for trains headed for San Francisco pier areas. Both Southern Pacific and the Santa Fe Railway wanted bridges across Mission Creek. In the early 1900s, there was much discussion on where best to do this. In August 1903, the Board of Public Works approved a plan for a bridge at the end of Third Street that would connect with Kentucky Street on the other side with the cost to be largely borne by the Santa Fe Railway.4 They forwarded the plan to the Board of Supervisors and State Board of Harbor Commissioners for approval. The Harbor Commissioners approved the location several weeks later.2 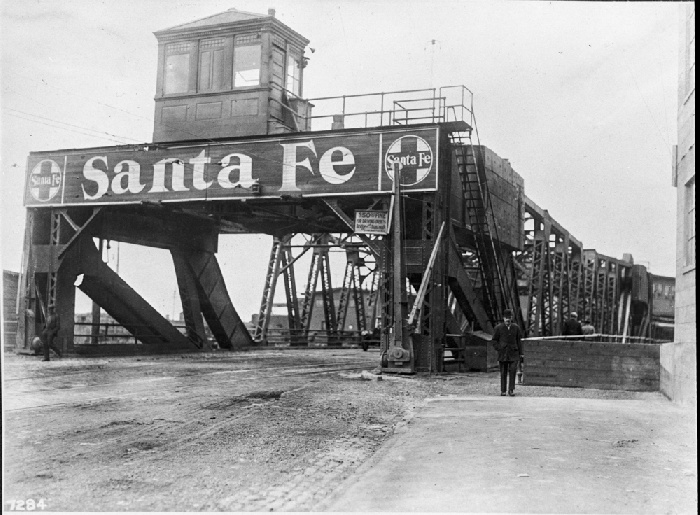 Following approval by city government, construction of the bridge would begin in April 1904.3 The bridge was a Page Bascule design4 which had just been patented the year before by John W. Page. The bascule bridge, also known as a drawbridge, was double-leafed meaning that the roadway rose up on both sides of the bridge. The Page design was one of only four built as it never became as popular as other bascule designs.5 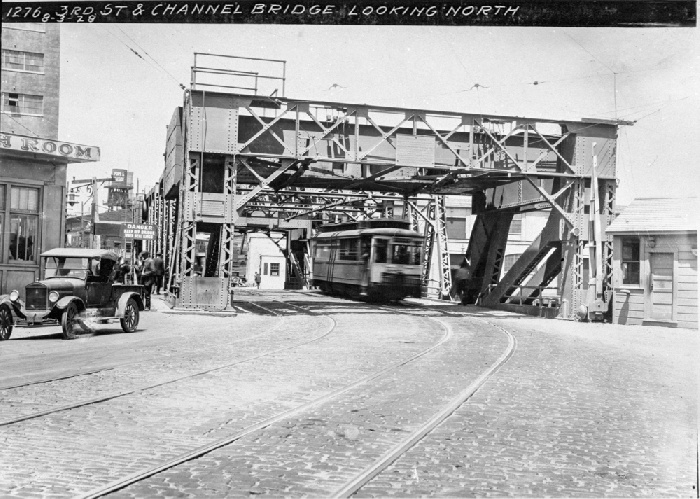 Not long after the Third Street Bridge opened though, the 1906 earthquake knocked the anchor piers on each side of Mission Creek out of alignment.6 Repairs would take five months before the bridge was finally reopened on September 25, 1906. After that, San Francisco’s growth put a strain on the structure. The foundations on either side of Mission Creek were not well-anchored. As the drawbridge opened and closed, the foundations inched out into the channel forcing engineers to whittle the ends so that they would properly meet in the middle.7 By the late 1920s, the City was discussing replacing the bridge before it fell into the creek. 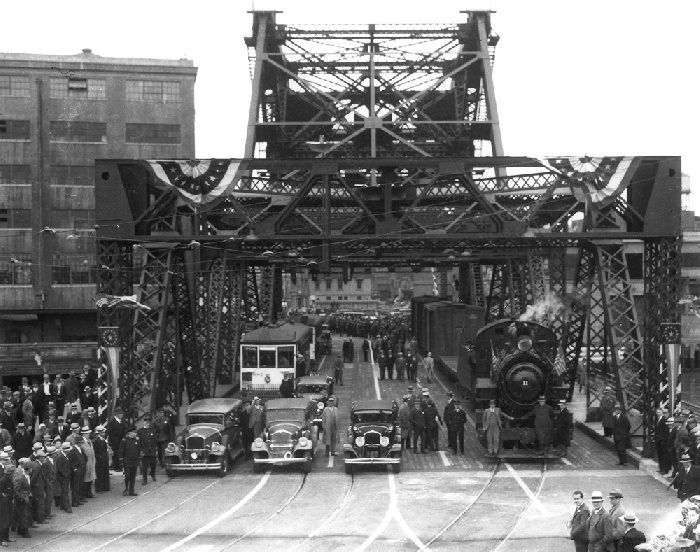 On October 7, 1929, the Board of Supervisors voted unanimously to have the Public Works department prepare plans for a new bridge across Mission Creek.8 On July 21, 1930, the Board of Supervisors authorized bids for contracts to build a new bridge.9 The winning bidder, at a cost of $552,590,10 was the construction firm of Barrett & Hilp for a single-leaf heel trunion type bascule bridge that had been designed and patented by Golden Gate Bridge Chief Engineer Joseph Strauss.11 The contract was signed on November 25, 1931 and work began the next day.12 Construction would be completed and the new Third Street Bridge dedicated on May 12, 1933 with Mayor Angelo Rossi cutting a white ribbon.13 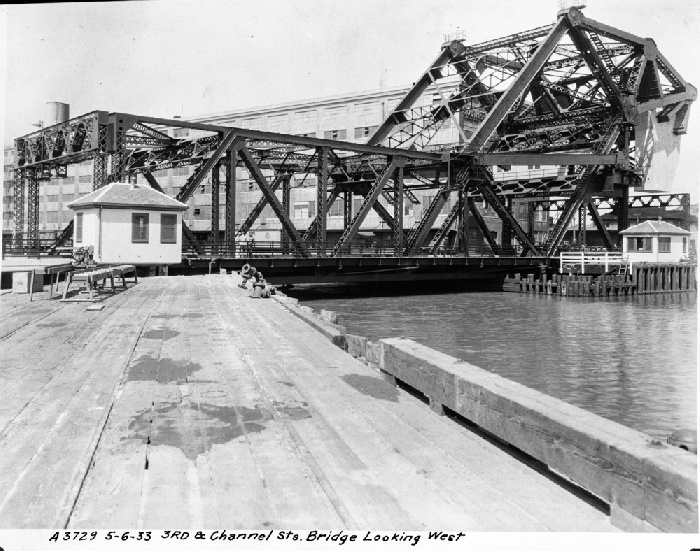 The new Third Street Bridge was 105 feet long with the anchor section for raising the roadway on the north side of Mission Creek. It had tracks for streetcars and railroads with automobiles and pedestrians also permitted on it. During the opening ceremonies, the bridge was lowered and a group of cars led by the Mayor’s vehicle went across first, followed by a State Belt Line train and then two streetcars. 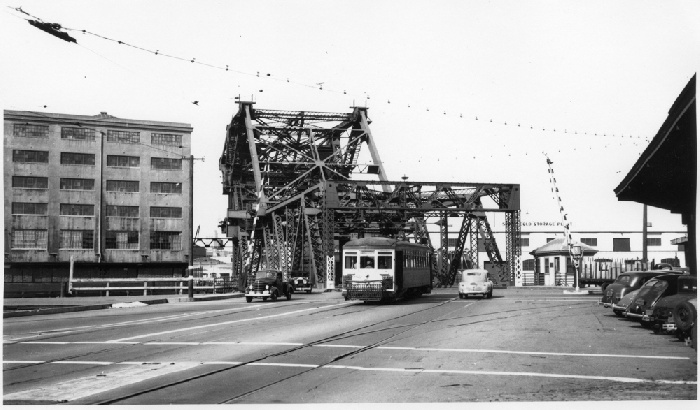 In 1980, the Third Street Bridge would be renamed the Lefty O’Doul Bridge, after the local baseball legend. O’Doul, who was born and raised in San Francisco, had been a pitcher, left-handed of course, with the local San Francisco Seals before making the big leagues. After injuring his arm, he became an outfielder and twice led the National League in hitting. After his playing days, he came back to the City and operated an eponymous restaurant on Geary Street. The renaming of the Third Street Bridge proved prophetic when the San Francisco Giants built a new ballpark next to it that opened in 2000. The now Lefty O’Doul Bridge has been through several renovations since first opening, but remains operating today.