Full disclosure. I am not a native San Franciscan. I have lived in the City for 25 years now–in the Bay Area for most of the last 44 years–but my youth was spent in the northeast part of the country where it snowed every winter. When I first moved to the South Bay in the mid-1970s, my new schoolmates excitedly told me about the snow that fell the previous winter. That was the great snowfall of February 1976. Okay, so it was only about an inch, but that was the last time that San Francisco has seen real snowfall. Some of the mountains around the Bay have seen a little snow since then, but not the City.

The now nearly 45 years sans snow is the longest period of time that San Francisco has gone without a little of the white winter wonderland. The largest prior gap was 36 years between 1896 and 1932. However, for San Franciscans of the 1880s, snow was pretty common. There were 4 snow days in the City between 1882 and 1888, two of which were fairly substantial. Let’s revisit the first of the big snowfalls, New Year’s Eve 1882. 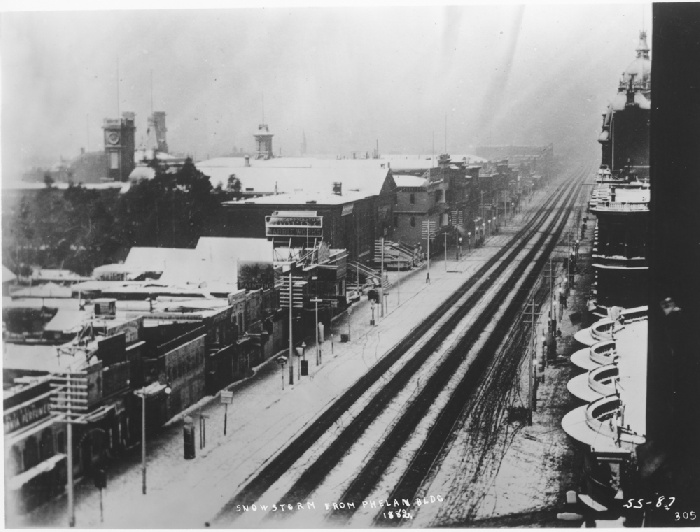 At 9:00 a.m. on December 31, 1882, there was not a cloud in the sky. There was a nip in the air, but the City went about its business getting prepared to celebrate the coming New Year. However San Franciscans are well-acquainted with the fact that changes in the weather can come quickly. Two hours later, not only was the sky filled with clouds, but a rare winter snowstorm began.1 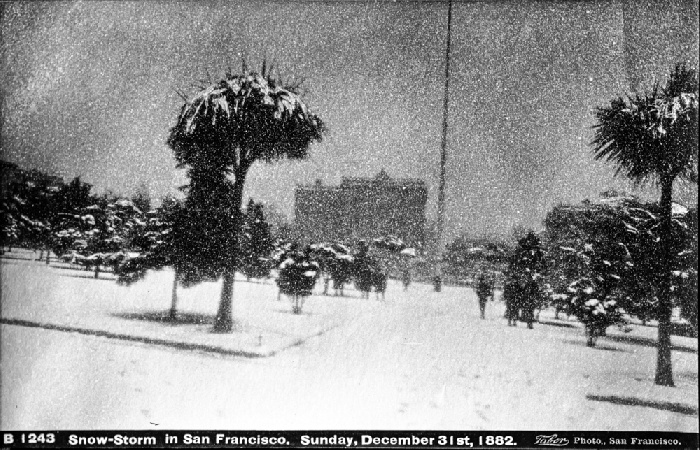 After the storm began around 11:00 a.m., the snowflakes continued to fall for about the next five hours. When it ended, the City was covered with 3.5 inches of snow. It was the largest amount of snow that San Francisco had experienced up to that point and today remains the second largest snowfall in recorded City history. 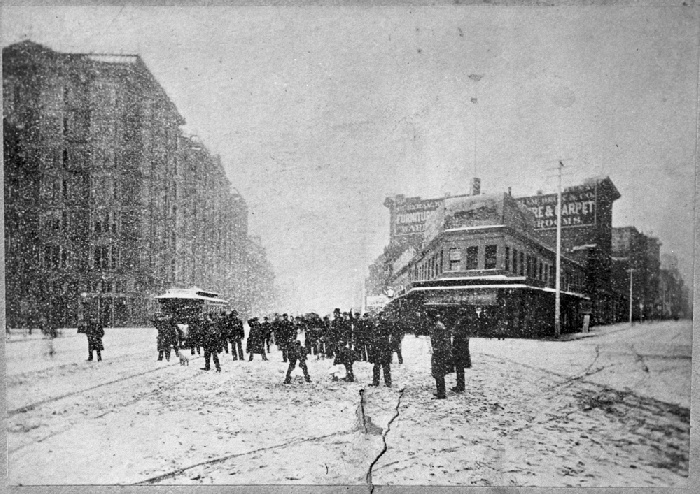 The sight of so much snow was so unusual, a Chronicle reporter waxed very poetically in describing the situation, beginning his article thusly:

Oh, the snow, the beautiful snow.
Covering the world with slush below.
Lying deep in the alleys, piled up in the streets.
Beautiful crystals, your coming we greet.
Flocculent rhomboids, dust of a star.
Materialized mush, how pretty you are!
Drifting-shifting, small boy lying low.
Zip! Shot in the ear! Doggone the snow. 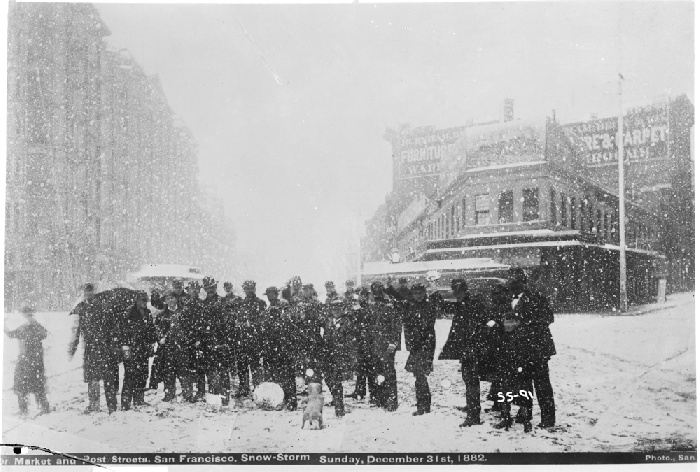 As indicated in the poem, the Chronicle reporter was apparently attacked by boys with snowballs as he left his home that day. He “escaped” onto a streetcar on Market Street, where the conductor and driver braved a snowball salvo to do their jobs. The conductor told the reporter that the company would have to raise his salary if the bombardment continued. Apparently, the snowball war continued for the whole ride with one battery causing a horse to run off from its owner. A livery stable worker improvised a sleigh for rides in the snow, but it collapsed under a fusillade of another snowball barrage. Besides the snowball wars, snowman building was also popular that day, as was sledding down the many hills of the City. 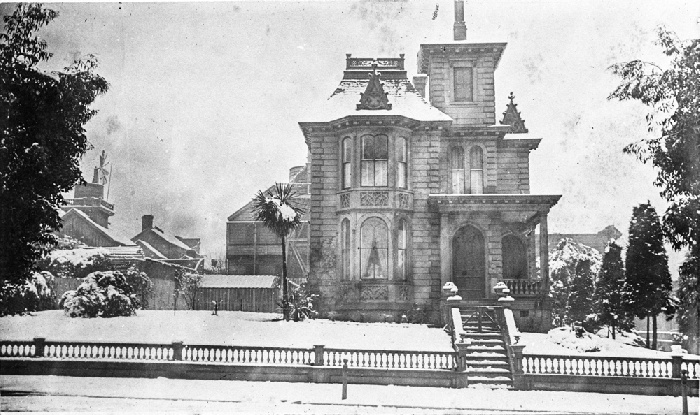 The storm caused some damage, largely along the waterfront from rough waters that the storm kicked up.2 It interrupted cable car service because the snow caused issues for the cables. The denizens of San Francisco would see two more snowfalls of at least one inch, as well as one further light dusting during the decade of the 1880s. Since then, we’ve not seen such accumulations. There have been no snowfalls of more than an inch in the 130 years since that decade. Seems like we should be due for another big snow day, but we’re not holding our breath. Till then, we’ll have to be satisfied with these these views of snow days of the past.