It was the explosion heard ’round the Bay. A half hour after midnight on January 16, 1887, San Francisco was awakened by a blast so big and powerful that people reported feeling it as far away as San Jose and Sacramento. Many thought it was an earthquake. However, while the world was indeed shaken, it was not a quake but a powder keg. A schooner called the Parallel, with a cargo of forty tons of gunpowder had blown up at the foot of the Cliff House. 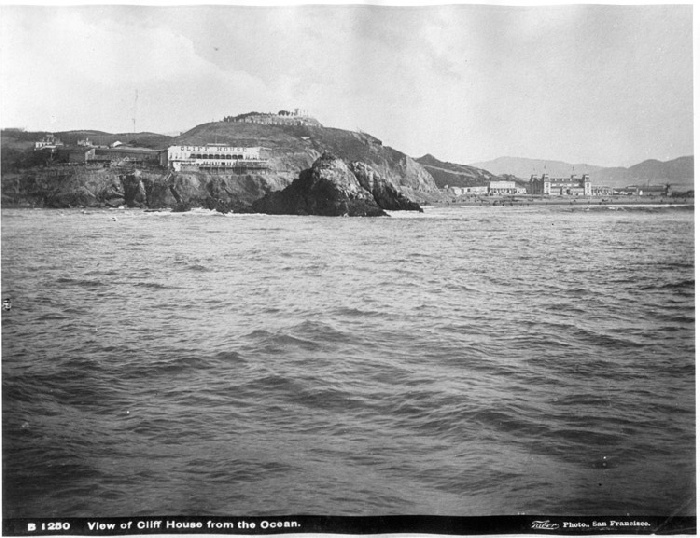 Several days earlier, the Parallel left San Francisco headed to Astoria, Oregon with gunpowder for a railroad company.1 However, weather and tides kept the Parallel from getting through the Golden Gate and they were forced to turn back and wait at anchor for better weather.2 On January 15, 1887, Captain Miller ordered the crew to head for the Golden Gate again. However, heavy swells began pushing the Parallel toward the San Francisco shoreline. Knowing they were carrying dangerous cargo, the crew literally jumped ship, abandoning the Parallel in a rowboat around 8:30 p.m. About an hour later, Wilkins at the Cliff House notified John Hyslop at the Point Lobos Signal Station that there was a light approaching the shore. Hyslop investigated and saw the Parallel drifting broadside toward Point Lobos. 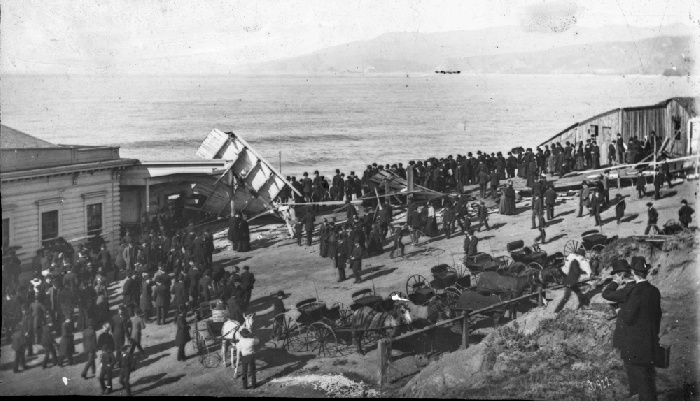 Wreckage in Cliff House area after explosion of Parallel, January 1887. (wnp13.087; Courtesy of a Private Collector)

The Parallel came aground on the rocks below the Cliff House. The Life-Saving Station scrambled to arrange a rescue of the crew, but found nobody aboard. Given the darkness, they decided to wait till morning before doing anything further, but posted a couple of guards near the ship. The Parallel would not wait for the morning, however. Getting pounded by waves against the rocks evidently caused some friction that ignited the Parallel’s cargo. The resulting explosion blew out most of the Cliff House’s stables and carriage sheds and destroyed the north wing of the Cliff House.3 The entire Cliff Cottage was pushed five feet by the blast. Adolph Sutro’s estate above the Cliff House had its windows blown out and its outer buildings and conservatory were badly damaged. A clock in his bedroom stopped at 12:34 a.m., fixing the time of the explosion. Down the hill, the Ocean House and Ocean Beach Pavilion also suffered wreckage. 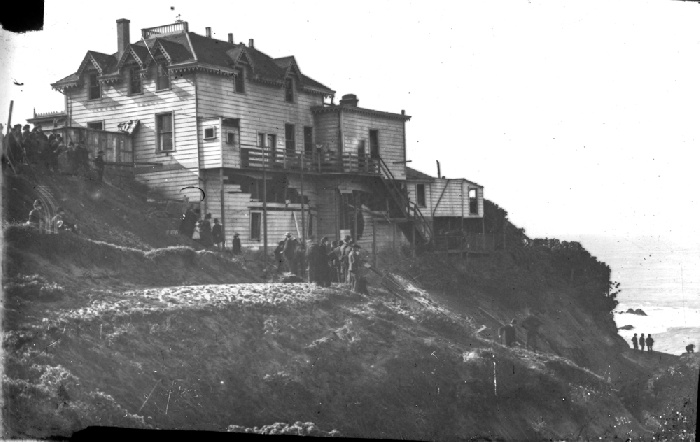 Damaged Cliff Cottage after explosion of the Parallel, January 1887. (wnp13.084.jpg; Courtesy of a Private Collector)

The explosion of the Parallel severely injured Henry Smith and John Wilson, the two members of the Life-Saving Station that had been left on guard. Some members of Wilkins’ family at the Cliff Cottage were also injured. Fortunately, there were no deaths. Although the crew of the Parallel was initially feared lost in the water when they did not show up on the San Francisco shoreline, it turned out that they had rowed to the Marin shoreline. They were brought back to San Francisco aboard the Saucelito, a steamer, later that day. 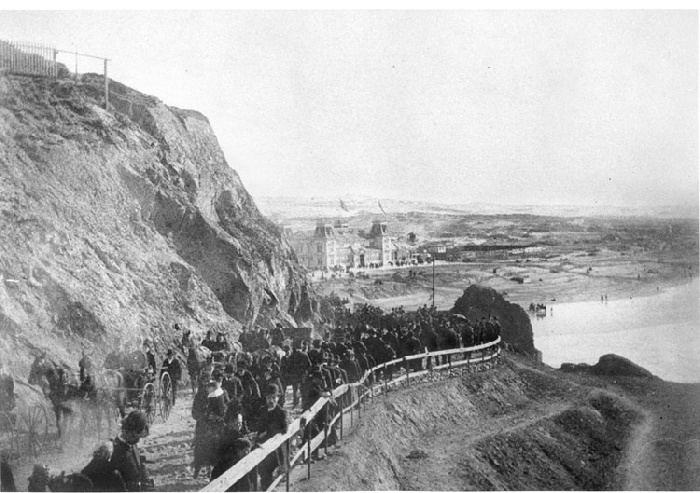 After dawn on January 16th, the curious began to arrive. Trains and carriages brought the crowds and by mid-morning the Cliff Road and Ocean Beach was packed with people seeking a view of the carnage. By 1:00 p.m., it was estimated that 50,000 people had visited. Despite damage to the Cliff House, Wilkins recognized an opportunity when he saw one and kept his bar open. Scavengers spent the day rummaging through the wreckage. 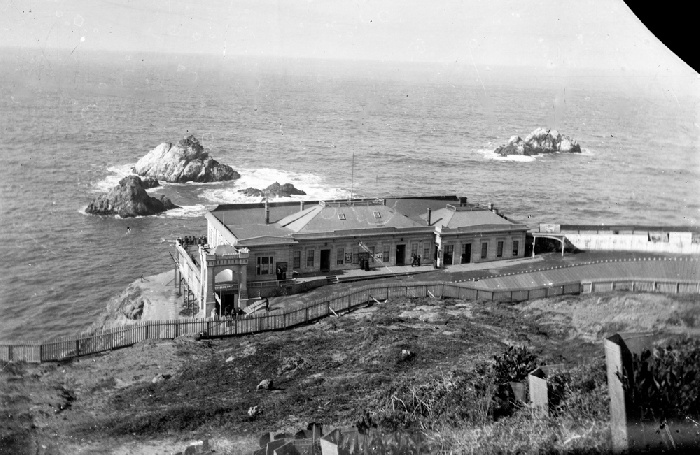