San Francisco has long had one of the biggest celebrations of the Chinese New Year. The annual festival and parade lasts for two weeks and features a parade with floats, costumed school kids, acrobats and stilt walkers, bands, firecrackers, and the Golden Dragon, operated by a large team of people. 2021 is the Year of the Ox and is also the 170th anniversary of the first Chinese New Year celebration, both in San Francisco and in the United States. 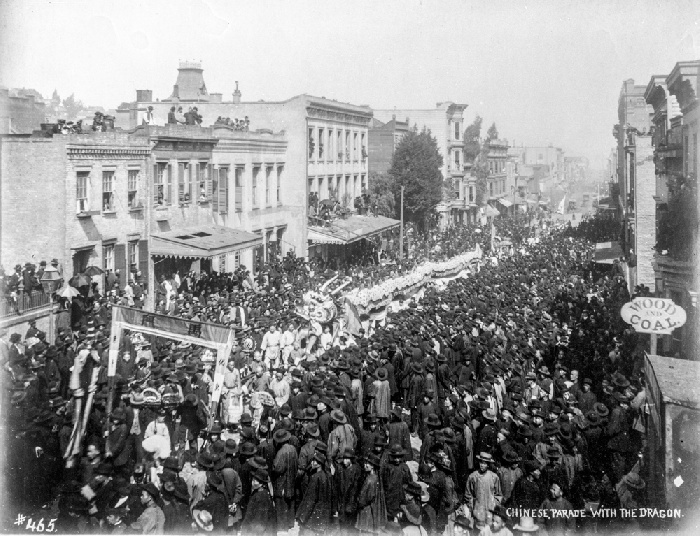 The first recorded celebration of the Chinese Lunar New Year in the United States occurred on February 1, 1851 in San Francisco.1 However, this was not a public celebration, nor held for the Chinese community in the City. Local businessman Norman Assing hosted a “feast” for policemen and ladies to celebrate the New Year. By 1855 though, the Chinese New Year celebrations were being held publicly. 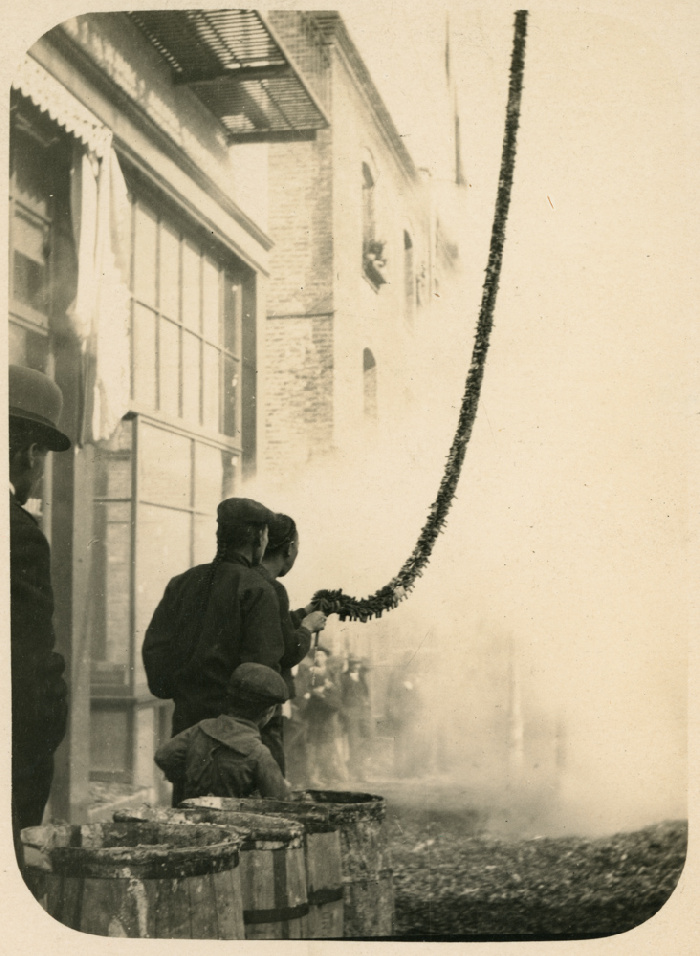 By 1860, the local Chinese community had combined their traditional New Year’s festivities with the American parade tradition in order to create a more positive perception of their community that was often victimized by the discriminatory practices of the white majority in the City and state.2 The Chinese New Year parade allowed the local Chinese community to bond and persist despite frequent mistreatment. 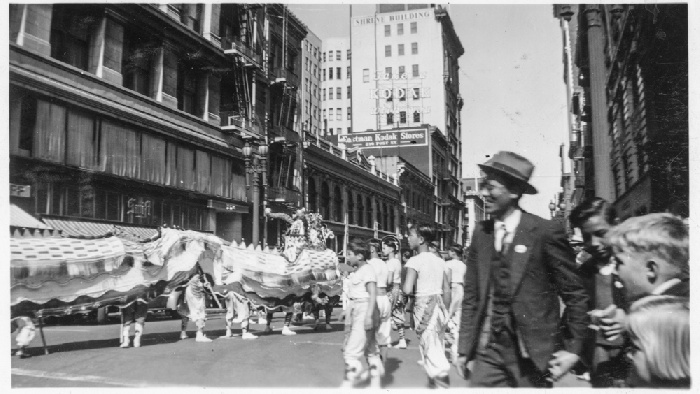 Dragon dance in Chinese New Year Parade at Kearny and Post, circa 1935. (wnp27.2041; Courtesy of a Private Collector)

The 1860 celebration featured the first dragon dance on the streets of San Francisco.3 Various forms of dragon dances have been a part of Chinese culture for centuries. The dragon is formed by many sections on poles with a head, body, and tail made out of material that goes over the hoops in each section. The length of the dragon varies, but it often stretches for an entire city block. Performers use the poles to make the dragon “dance” down the parade route in sync with drummers. It is a moving and powerful performance requiring a lot of skill by the performers. 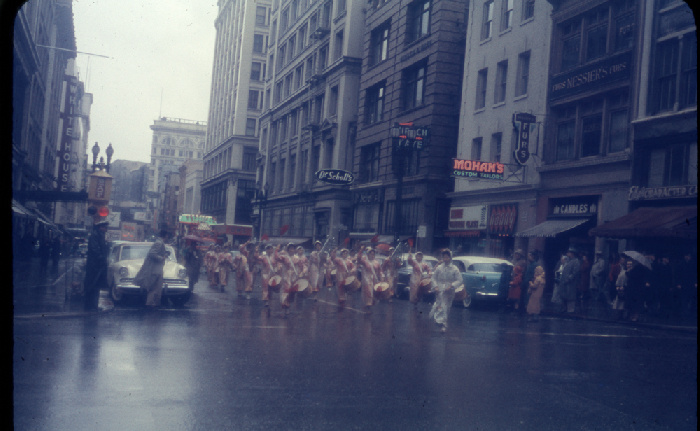 The San Francisco Chinese New Year Festival and Parade usually lasts for two weeks following the first day of the Chinese New Year. In the past, this has caused some in the white community to complain about a lack of work being done during the celebration.4 The major local papers often failed to mention the holiday or focused on perceived downsides to the festivities.5 In time though, the festival and parade began to attract attention and tourism and began to be more widely embraced by other communities. 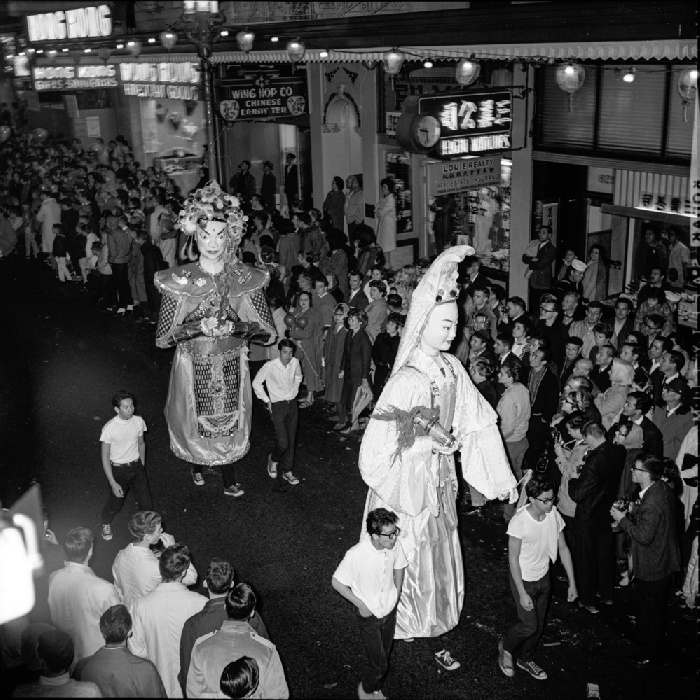 The 1935 parade was broadcast nationwide as part of an NBC radio special.6 The Chinese New Year and festivities also started receiving yearly coverage in the major papers. When World War II broke out , the celebration continued without fireworks so that the gunpowder could be used in the war effort.7 The advent of communism in China in 1949 brought back some anti-Chinese sentiment, so the Chinese New Year celebration in 1951 began incorporating anti-communism messaging and funding.8 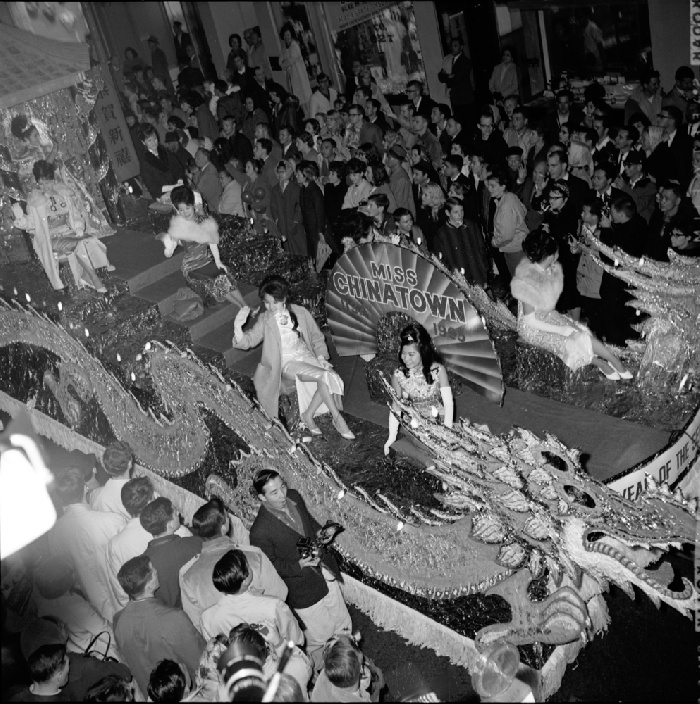 The genesis of the modern Chinese New Year celebration in the City began in 1953 with expanded festivities, including music, art, dance, fashion shows, martial arts demonstrations, and the first Miss Chinatown pageant. 100,000 people turned out to see the parade on Grant Avenue that year.9 The three-day gala in 1954 drew a half-million folks.10 In 1958, the Chinese Chamber of Commerce, the San Francisco-based trade association, took over the organization of the annual jubilee. 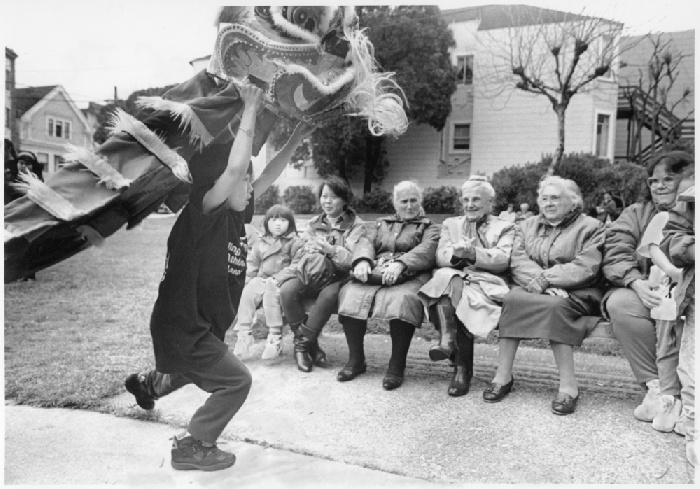 The San Francisco festivities continued to grow and eventually became too big for the small Chinatown streets, so wider streets were added to the parade route in the 1970s to spread out the crowds. Local television began annually broadcasting the parade in 1987 bringing the event to an even larger audience. Today, the San Francisco Chinese New Year Festival and Parade has become the largest such celebration in the world with millions of people attending or watching on television. Guò nián hǎo”(过年好)!