At the western corners of Golden Gate Park sit two windmills that rise above the trees and greet the winds off the ocean. In the northwest corner is the Dutch or North Windmill, which was the first one built in 1902. It was so well-received that the City began plans for a second windmill. That second windmill would be placed in the southwest corner of the Park and would be called the South or Murphy Windmill. 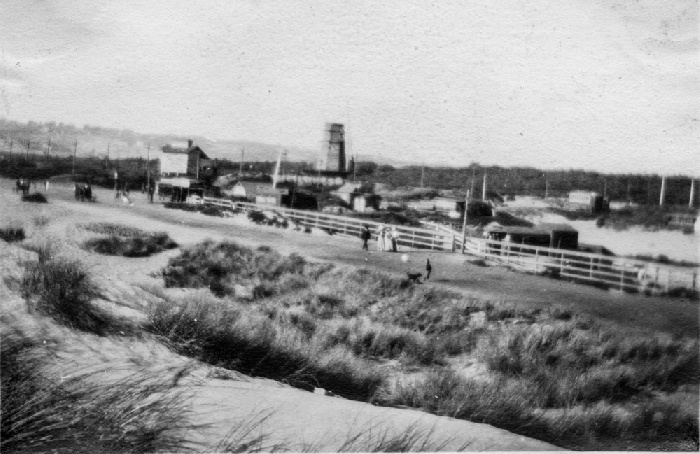 Murphy Windmill under construction, circa 1907. (wnp27.1931; Courtesy of a Private Collector)

The purpose of building the windmills in the park was to power pumps to draw water from an underground aquifer. The water would be stored in man-made lakes and used to irrigate Golden Gate Park. Before the windmills, San Francisco was forced to spend a lot of money to buy water from the Spring Valley Water Company for use in the Park. With the success of the Dutch Windmill, the desire for a second windmill was strong if the money for it could be found. Fortunately, a civic-minded person came to the rescue. Samuel G. Murphy, the president of First National Bank, came forward with a $20,000 donation toward construction of the windmill on May 24, 1905.1 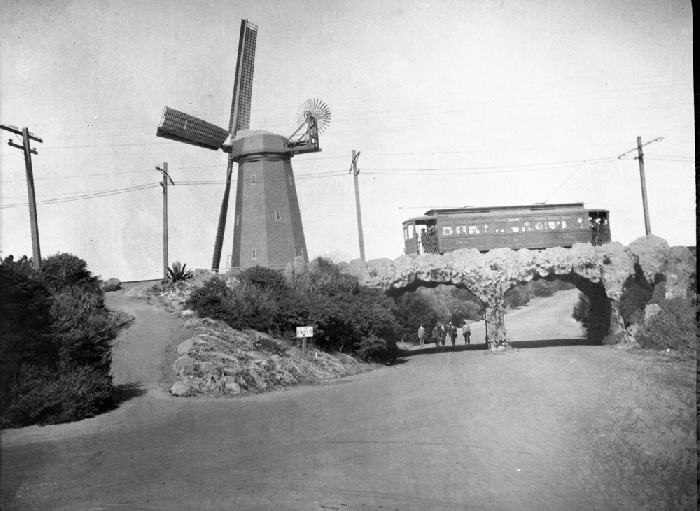 Murphy Windmill and streetcar on overpass above [then] South Drive, 1908. (wnp14.4288; Courtesy of a Private Collector)

With money to build it, planning began. After a bidding process, a bid by the George E. Dow Pumping Company to install the pump system at the windmill was accepted in September 1906.2 To hold the water that would be pumped by the new windmill, the Park Commission in January 1907 also ordered the construction of a new lake to be built along Middle Drive.3 That lake would eventually be named for W.H. Metson, then the president of the Park Commission. 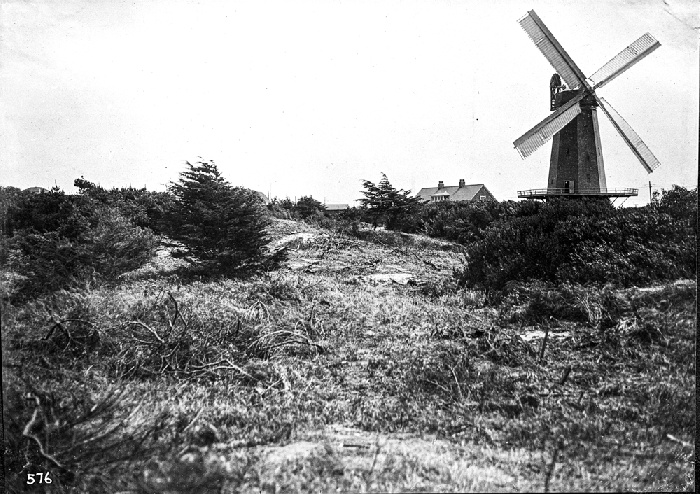 For the construction of the windmill, W.J. Dingee, a former Park Commissioner, donated 1500 tons of concrete.4 The copper for the dome on the windmill was donated by Louis Sloss.5 Wendling Cross Lumber donated lumber for the project.6 Because of his $20,000 donation, the Park Commission decided on June 7, 1907 to name the new windmill for Samuel Murphy.7 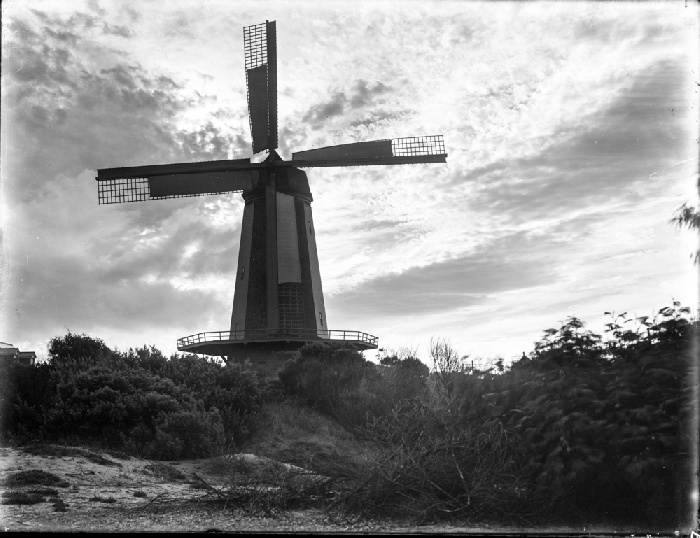 The construction of the Murphy Windmill was completed in 1907, but a dedication ceremony did not take place until Saturday, April 11, 1908. Mayor Edward Taylor and Park Superintendent John McLaren were on hand to preside over the ceremony to starts the blades on the windmill. The placement of the windmills at the west end of the Park ensured a fairly steady supply of wind for their sails. The Murphy Windmill’s blades were 114 feet long, the longest in the world. McLaren stated that the average wind during the summer months was over 13 miles per hour. At that rate, he said the windmill’s pump could produce about 70,000 gallons of water every day. In higher winds, even more water could be pumped, up to 40,000 gallons per hour at full capacity.8 Strangely, despite the official Murphy Windmill name, the San Francisco Examiner article about the ceremony called it the “new Dutch Windmill at the southwestern section of the park.” 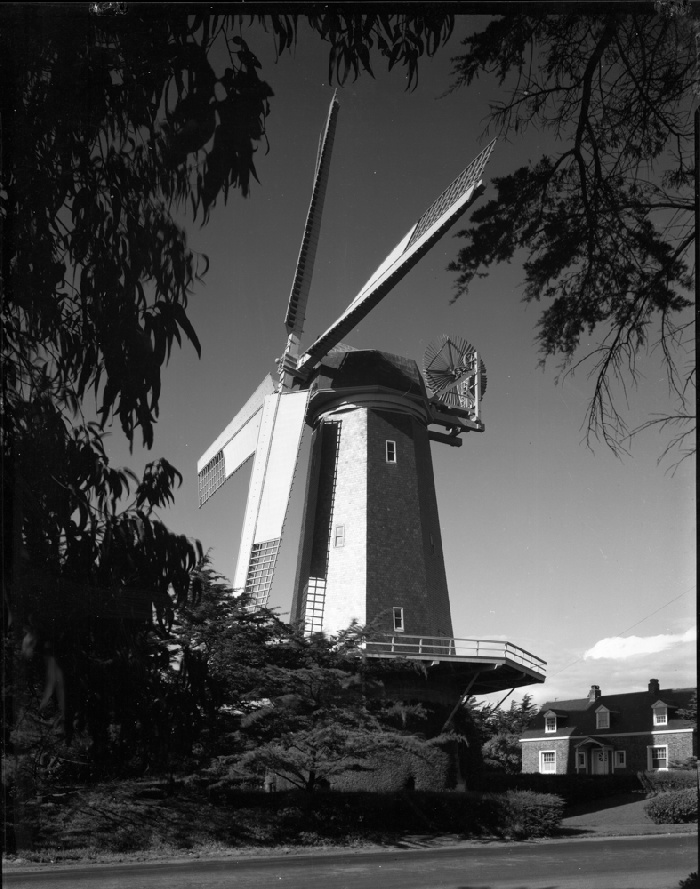 With the Murphy Windmill operating, it now needed a place for its keeper to live nearby. The Reid Brothers designed a home called the Millwright’s Cottage that was built next to the windmill and completed in 1910. The chief duties of the windmill keeper were to oil the bearings and to shut the windmill down in case the winds got too high.9 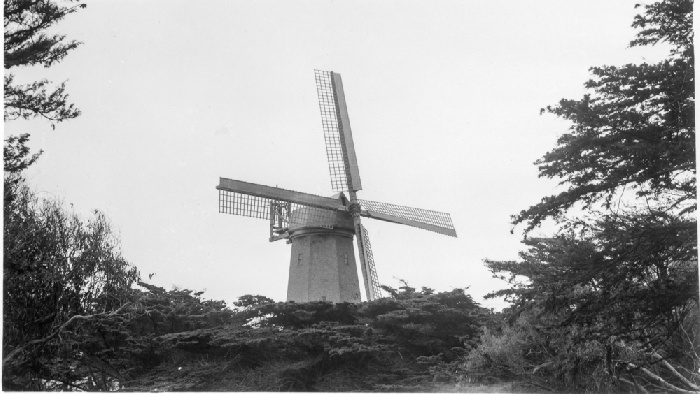 The Murphy Windmill had its fifteen minutes of fame with an appearance in Charlie Chaplin’s film, The Jitney Elopement. Technology soon caught up to the Golden Gate Park windmill operations. Electric pumps were installed in the Dutch Windmill by 1913 and in the Murphy Windmill by 1916. As a result, the windmills no longer had a functional purpose and were completely removed from service in the 1930s. Thereafter, they fell into disrepair and the City made plans to tear them down in 1958, though the Murphy Windmill could be saved if $30,000 could be found for repairs.10 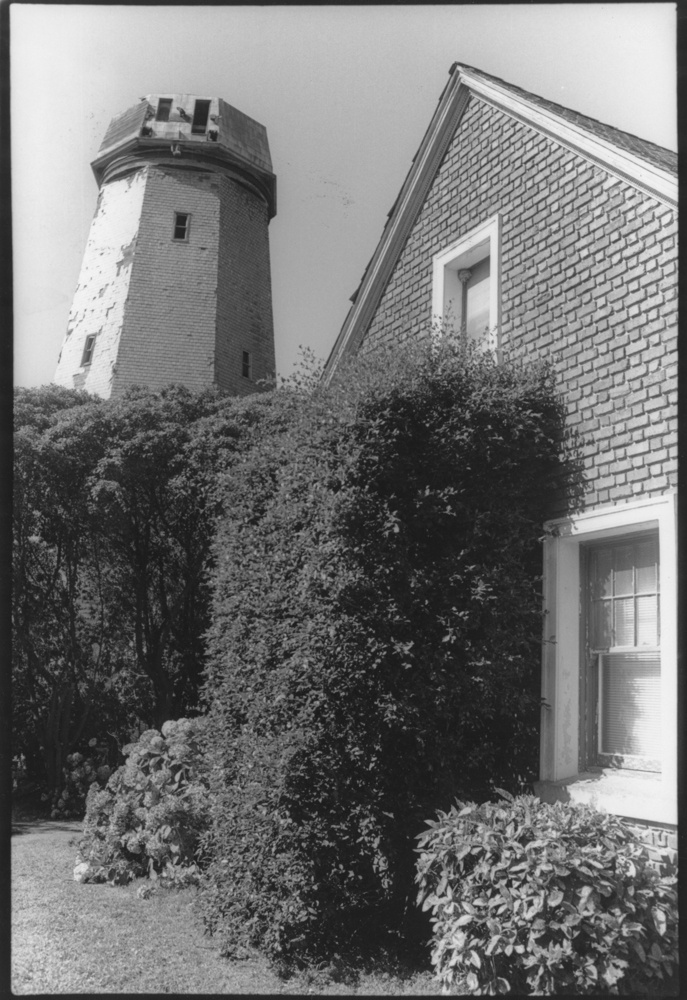 Fortunately, the windmills were not destroyed, though the Murphy Windmill had its blades removed in March 1966.11 Over the years since then, various preservation efforts were made to restore the windmills. The Murphy Windmill was added to San Francisco’s Designated Landmarks list on July 2, 2000 and restoration efforts finally began in 2002. The work was completed in late 2011 and then shown off to the world at a Dutch Queen’s Day festival on Saturday, April 28, 2012.12 Today, the Murphy Windmill stands stately above Martin Luther King, Jr. Drive as a major attraction for park visitors.

9. “Campaign to Save the Golden Gate Park Windmills,” by Sarah LeVaun Graulty, University of Vermont Historic Preservation Program, May 1, 2007.