Fifty years is a significant block of time. Sometimes, though, it can feel rather like the blink of an eye. Looking back to 1971, many events were taking place that have helped to define the place we know today. Here are some notable examples. 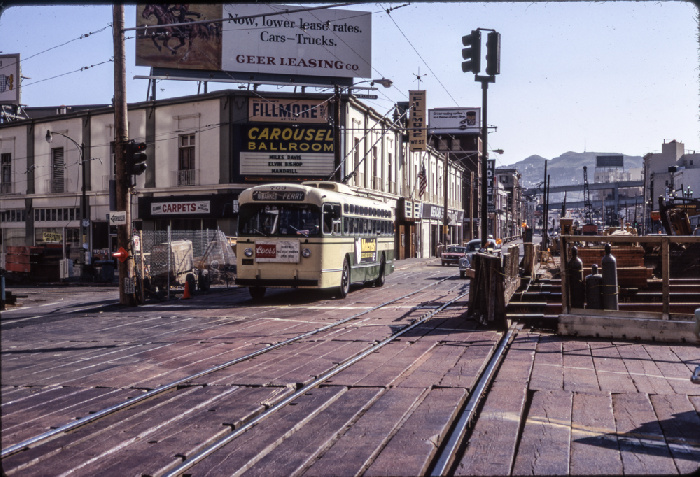 BART/MUNI—Construction on the Market Street subway that began in 1967 was still ongoing in 1971—complete with wooden-plank roadways and sidewalks.

BAY AREA REPORTER—Newspaper focused on the LGBT community was founded in 1971, the same year as San Francisco’s first Pride Parade. 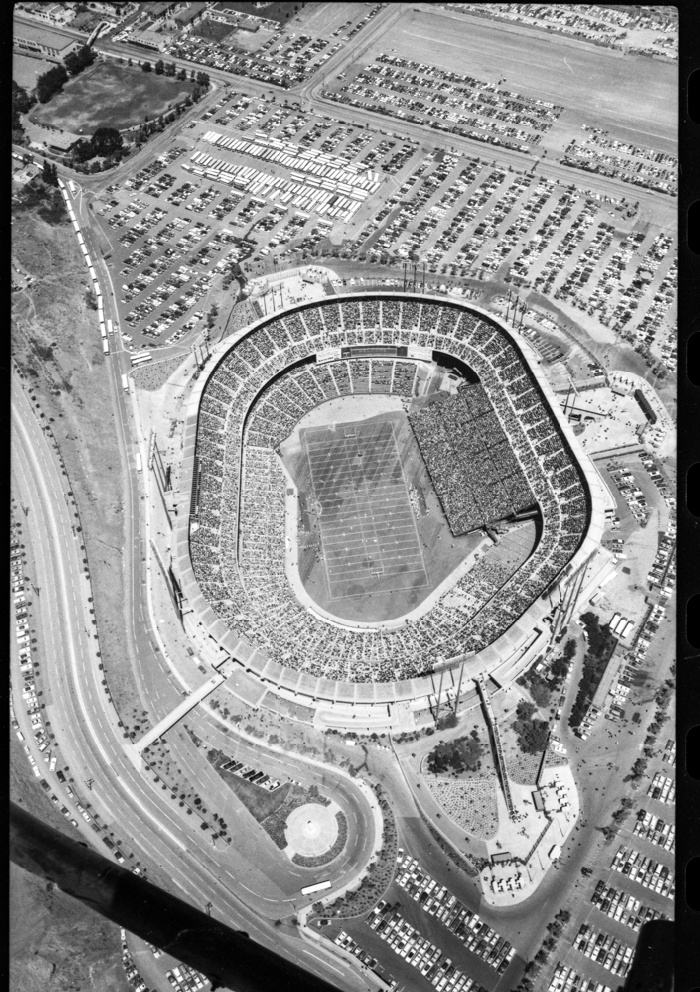 DISASTER—A January collision between two tankers on San Francisco Bay resulted in a major oil spill that took months to resolve. You can read more about it here.

EST—The self-improvement course developed by Werner Erhard offered its first seminar at the old Jack Tar Hotel on Van Ness Avenue in October 1971. Popular at the time, the organization’s methods were sometimes controversial. It was disbanded in 1984, with its final seminar taking place in San Francisco.

FAST FOOD—McDonald’s Corporation had 1,500+ locations around the US in 1971, but none in San Francisco until the company announced plans for an outlet at 1041 Market Street and another on 19th Avenue near Lincoln Way. The downtown location operated for years, but neighborhood opposition ended plans for the 19th Avenue site before it ever opened.

FLEISHHACKER POOL—Following winter storm damage to its ocean intake pipeline, the 47-year old pool briefly trucked in fresh water, but was closed permanently before the end of the year. It would eventually be filled in and paved over to become a parking lot for the San Francisco Zoo.

FOUNTAIN—The bronze sculpture fountain depicting famous San Francisco scenes, designed and built by local artist Ruth Asawa, was part of the construction of the 36-story Hyatt on Union Square Hotel (later renamed the Grand Hyatt) which was under construction in 1971 at Post & Stockton Streets.

FREEWAYS—The Interstate 280 extension into downtown San Francisco was completed, along with the final San Mateo County link that extended the route to San Jose. 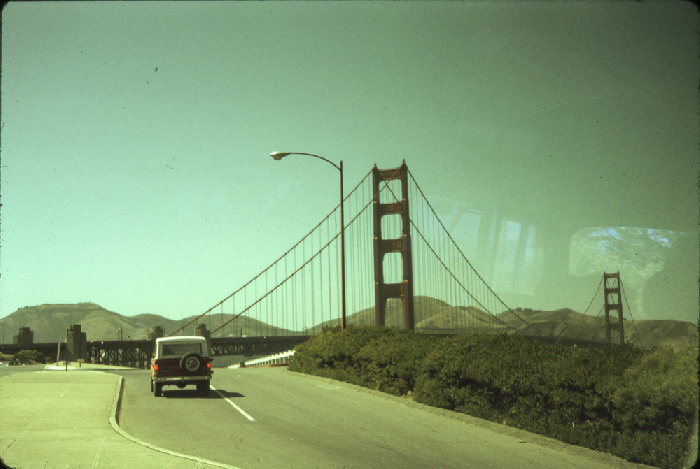 GOLDEN GATE BRIDGE—The last original bonds issued for the construction of the Golden Gate Bridge were retired on July 1st. The $35 million in principal and nearly $39 million in interest were financed entirely from Bridge tolls. Some people mistakenly thought that the bridge would then be toll-free.

HISTORY ORGANIZATION—The non-profit group, San Francisco Heritage, was founded in 1971 in order to advocate for historic resources and education programs, later acquiring and preserving the 1886 Haas-Lilienthal House on Franklin Street which is open for tours. Hyatt and Marriott Hotels under construction from Fairmont Hotel, June 1971. (wnp27.6305; Courtesy of a Private Collector)

HOTELS—San Francisco’s hotel building boom was well underway in 1971, with construction progressing on the Hilton Tower, St. Francis Tower with 5 outside glass elevators, the Hyatt Union Square (now the Grand Hyatt) and others.

JACKSON SQUARE—With 83 buildings dating to the mid-19th Century, the Board of Supervisors voted to establish the historic district at the intersection of Jackson & Montgomery Streets in 1971. 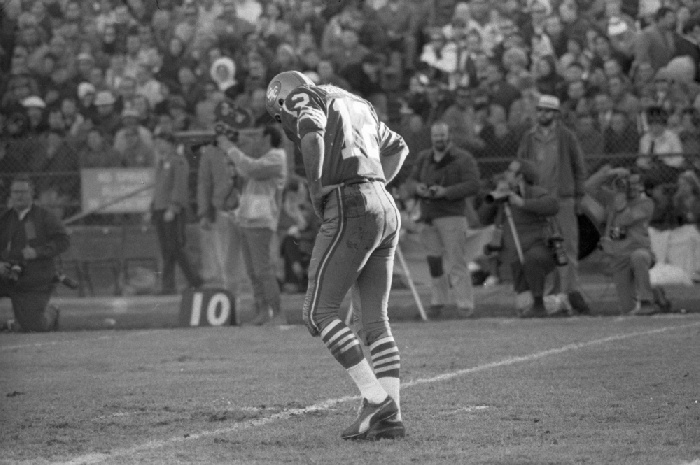 KEZAR STADIUM—The final 49ers football game was played at Kezar against the Dallas Cowboys on January 3, 1971, with the Cowboys beating the 49ers 17-10. The stadium remained in use for high school sports and other events until it was demolished following the 1989 Loma Prieta earthquake and replaced with a much small stadium of the same name. See 800 more images of events in/around Kezar Stadium here.

MAYOR—Joseph Alioto defeated restaurateur Harold Dobbs and Board of Supervisors member Dianne Feinstein in his re-election to another 4-year term as Mayor.

MOVIES—Dirty Harry, starring Clint Eastwood, was released in 1971—with San Francisco as the backdrop—as was another well-known movie filmed locally, Harold and Maude.

PLAYLAND-AT-THE-BEACH—The decades-old amusement park was sold, and entered its final year of operation. Little did we all realize how much it would be missed. See 900+ more images of Playland here. 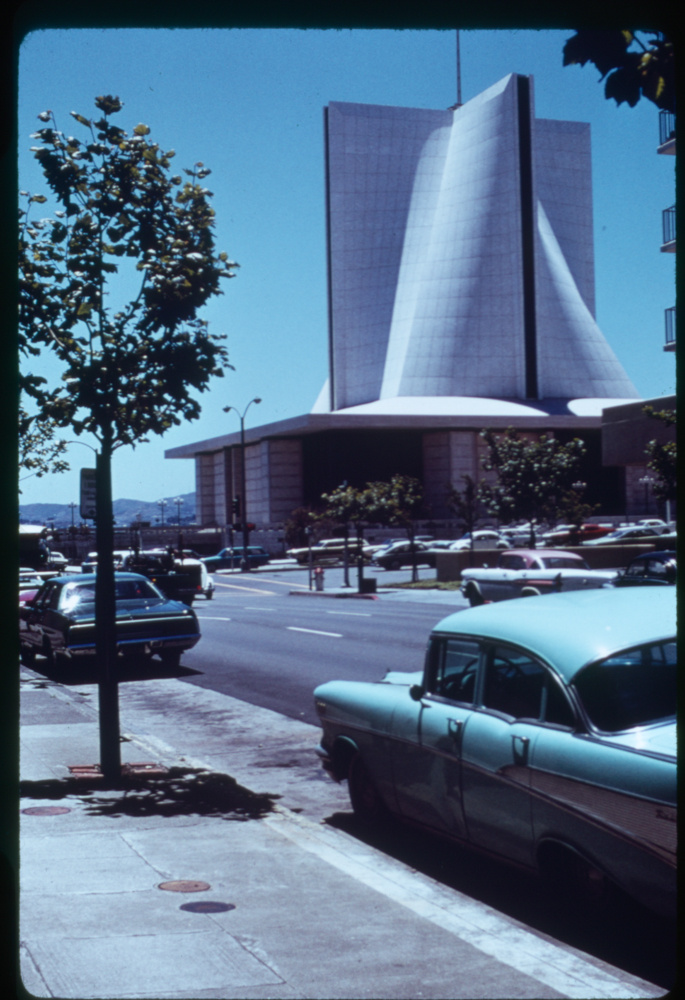 ST. MARY’S CATHEDRAL—The new Roman Catholic church, built to replace the 1891 St. Mary’s Cathedral on Van Ness Avenue (lost to an arson fire in September 1962), was dedicated in May 1971, with its hyperbolic paraboloid design creating a new landmark on the skyline.

SUTRO TOWER—Construction began on the 977-foot communications tower, which was completed two years later, thus establishing yet another prominent image on the skyline. 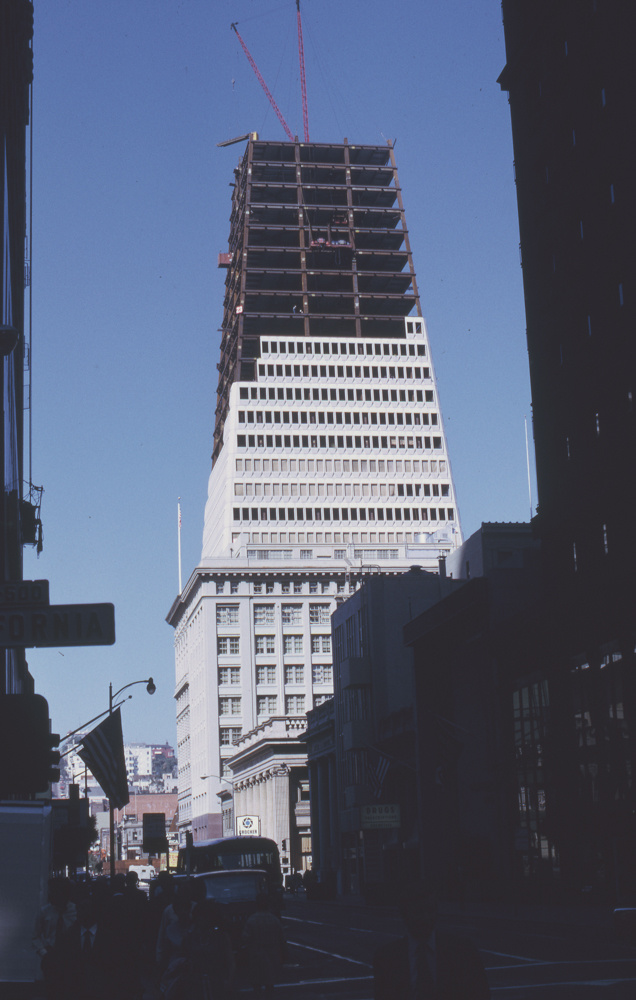 Transamerica Building at Montgomery and California, November 1971. (wnp25.0024; Courtesy of a Private Collector)

TRANSAMERICA PYRAMID—Yet another significant new structure on the City’s horizon was under construction and just beginning to display its distinctive shape.

URBAN PLANNING—The city’s 1971 Urban Design Plan was the first to codify the shift in values away from the freeway/tower model toward a greater respect for San Francisco’s unique neighborhoods and their human-scale features—influenced by environmentalists, affordable-housing advocates, and preservation groups.

WOMEN’S CENTER—Establishment of the organization that began providing support services to women and girls. Later, the group expanded and purchased the former Dovre Hall on 18th Street from the fraternal group, Sons of Norway.