On June 6, 1944, Allied forces launched Operation Overlord by landing troops on six Normandy beaches in northwest France. It was the beginning of the end of the war in Europe that would lead to the German surrender the following May. Although D-Day is a common military term for the day when a military operation is launched, if you mention D-Day today, most people will believe it to be a reference to June 6, 1944.

Back here in San Francisco, there was the beginning of a different kind of end happening on June 6, 1944. Before we get to that day, however, let’s backtrack with a little streetcar history. 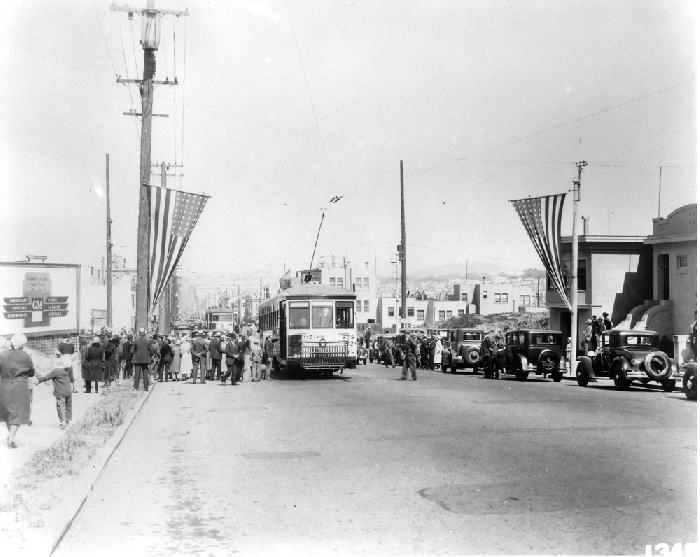 On May 15, 1932, the Market Street Railway Company opened the 31-Balboa streetcar line. It was designed to compete with Muni’s Geary streetcar operations two blocks away and actually did a good job of it for some time. The 31-Balboa line ran from the Ferry Building down Market Street to Eddy Street. The streetcars then ran west on Eddy, then briefly south on Divisidero before heading west again on Turk Street. At the intersection with Arguello Boulevard, the tracks made a slight jog to the north to Balboa Street and continued on Balboa to 30th Avenue. It was the last new streetcar line constructed in San Francisco. 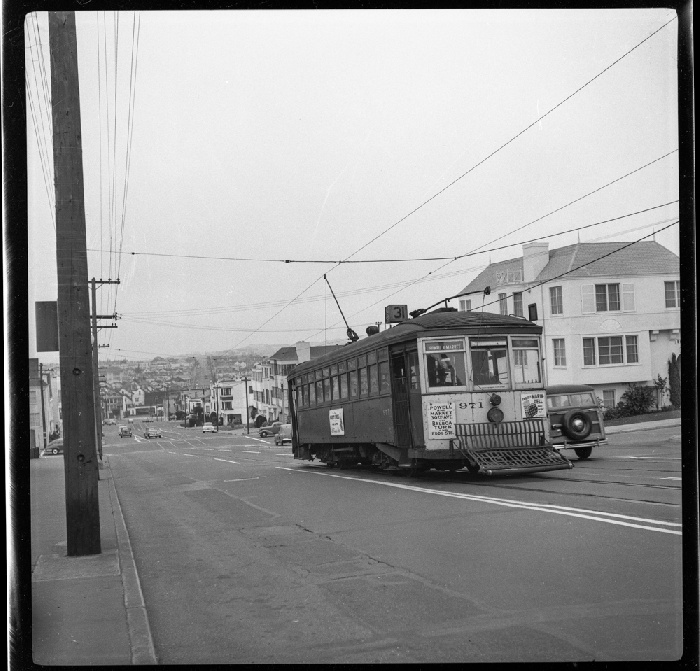 Part of the 31-Balboa route on Turk Street took it over Lone Mountain where the University of San Francisco campus sits. Between Masonic Avenue and Arguello, the 31-Balboa streetcar climbed the hill to USF and then descended down the other side. It is not the worst grade among San Francisco hills, but it is a sustained grade. At the bottom of the hill on the Arguello side, there was a Standard Oil Products station on the southwest corner which can be seen in the image above. Because of the slight jog from Turk onto Balboa, streetcars coming down the hill had to slow to 5-10 mph to safely traverse the intersection. 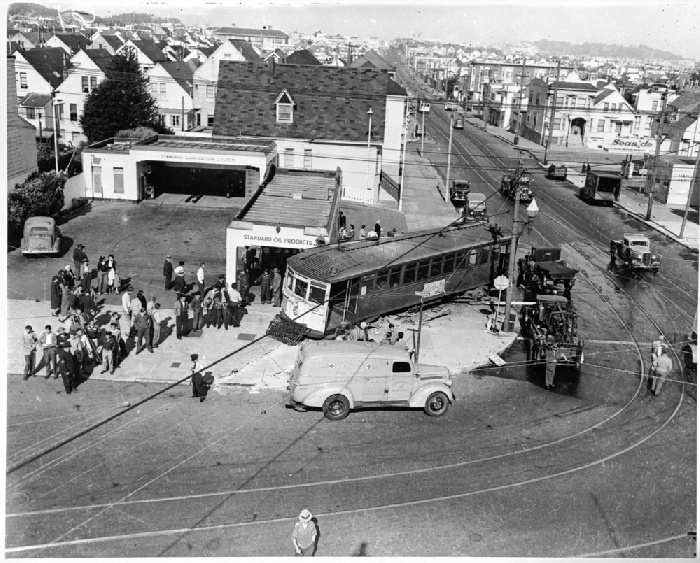 You have probably figured out where we are headed. On June 6, 1944, streetcar #981 was headed down the hill from USF towards Arguello. Somewhere on that stretch, the operator lost control and, moving too fast, the streetcar jumped the tracks at Balboa and crashed into the Standard Oil Products station. The streetcar knocked one of the support columns in a covered service area askew. Fortunately, there apparently were no serious injuries or deaths. A crowd did gather to gawk at the errant streetcar. 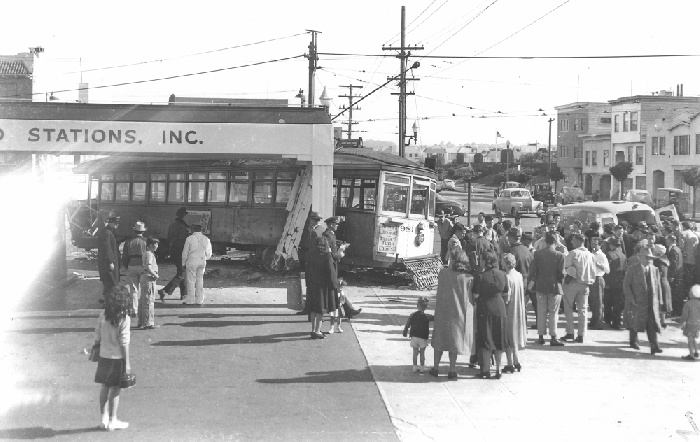 What caused the accident? We haven’t found a report that pinpointed the cause, but it was likely one of two reasons. It might have been operator error or it might have been faulty brakes. Either explanation was an indirect result of World War II. During the war, many experienced streetcar operators and maintenance men quit their jobs with the Market Street Railway for higher-paying jobs at the suddenly in demand shipyards. The Market Street Railway was forced to hire people with little to no experience. This resulted in poor maintenance of the streetcars with some vehicles even listing to one side. The streetcars began to look dusty and grimy as cleaning got shortchanged. And who knew if the operator had received enough training to navigate safely through the system. 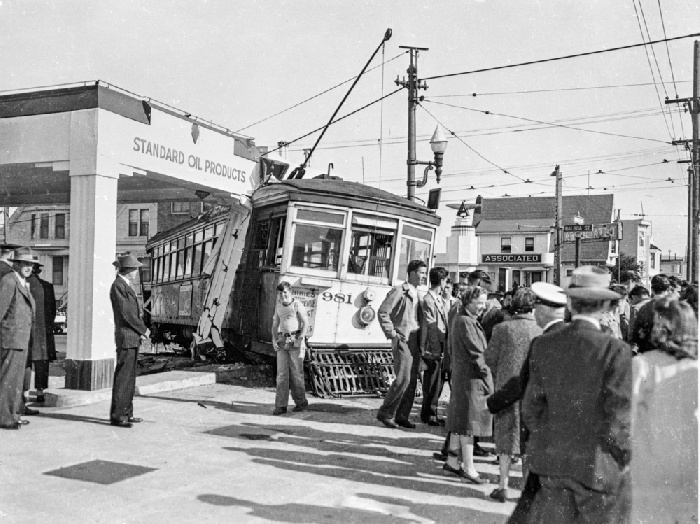 The lack of experience and maintenance created a dangerous situation and streetcar accidents became far more common during the war years. The California Public Utilities Commission (“CPUC”) even ordered the Market Street Railway to reduce their fares from seven cents to six cents because the CPUC said their service wasn’t worth the price. Perhaps as a result of the poor service, the City had voted to authorize Muni to purchase the Market Street Railway.1 Over the course of the summer of ’44, all the required approvals and payments were made and the unification of the trolley lines finally occurred on September 29, 1944.2 The end of the line for the Market Street Railway had arrived.

We gratefully acknowledge the material contributions of local Muni expert, Emiliano Echeverria, to this post.